$10,000 Electric Vehicle? This Company Is Readying One For Market – Tata Motors (NYSE:TTM) 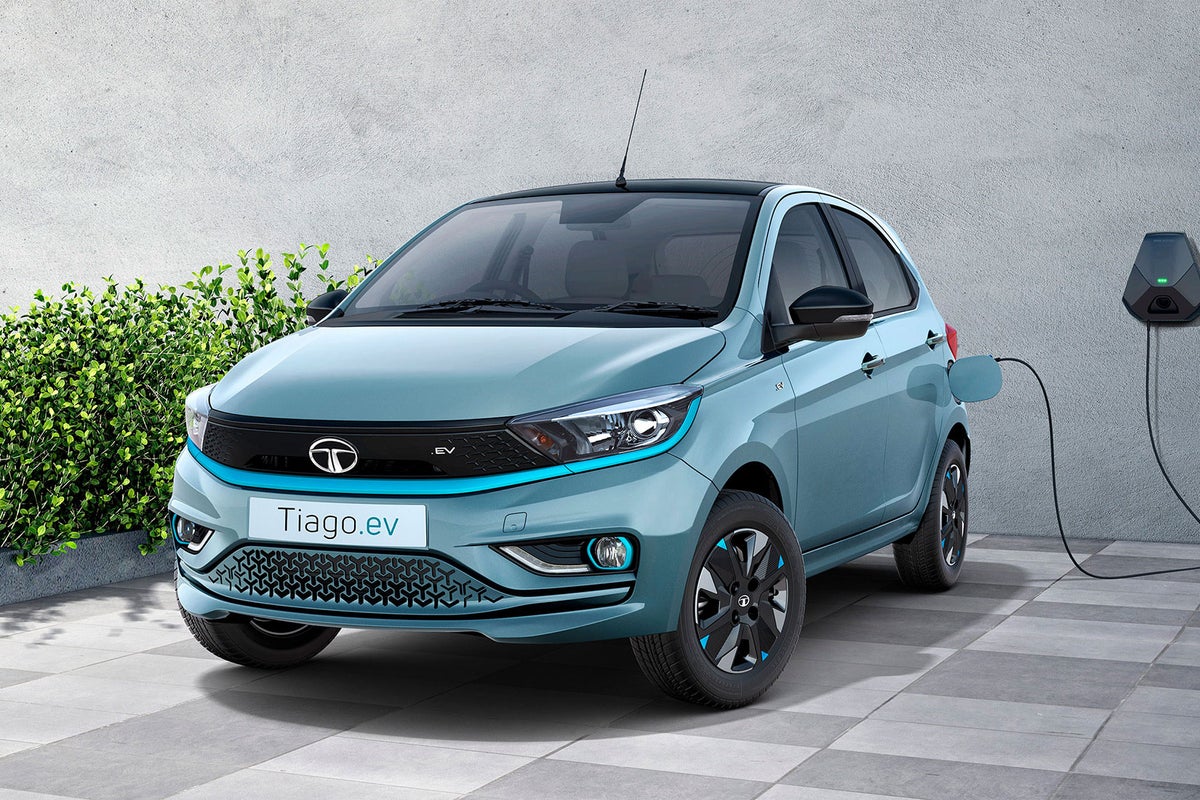 What Happened: Tata Motors Limited ADR TTM showed off its new electric vehicle that comes with a starting price of around $10,000.

The company’s new lower-end electric vehicle model could help fight off competition from the likes of Tesla Inc TSLA before they ever hit the country.

The new car is called the Tiago.ev and comes with a range of battery sizes, charging options and models that range in price. The low-end model comes with a price of 8.49 Lakh, which is around $10,000.

Electrek reported on the new vehicle and said the 19 kWh battery pack was among the smallest ever seen for an electric vehicle and on par with batteries in electric motorcycles and electric jet skis.

Tata Motors said the new vehicle gets 250 km, or around 155 miles, of range on a single charge.

The higher-end 24 kWh battery pack comes with a range of 315 km, or 194 miles, of range according to the company.

Tata Motors is among the largest Indian automotive companies and also a leader in the electric vehicle space with around 45,000 vehicles on the road in the country.

Deliveries of the Tiago.ev are expected to start in January 2023. Tata Motors has begun taking reservations for the vehicle.

Why It’s Important: Laws in India make it near impossible to have a strong automotive presence without having a factory in the country.

A high import tax has kept Tesla from pushing forward with plans to launch the vehicle in India. Current plans for the Indian market have been put on hold.

Tesla CEO Elon Musk said back in 2020 that Tesla would enter the Indian market “next year” in reference to 2021. Musk later said the country’s government and costs led to Tesla focusing on other regions for expansion.

Fisker Inc FSR, which has electric vehicles coming in the future, has made India one of its first countries to focus on. The company plans to sell the Fisker Ocean SUV in India beginning in July 2023. Fisker will manufacture cars in India within a few years’ time.

The Indian market could be a lucrative target for electric vehicles but comes with lower price points needed for consumers and mass adoption.

Domestic vehicle sales for Tata Motors were 78,978 units in July, up 52% year-over-year. The company reported 4,022 electric vehicles in the month of July for the domestic market, an increase of 566% year-over-year.