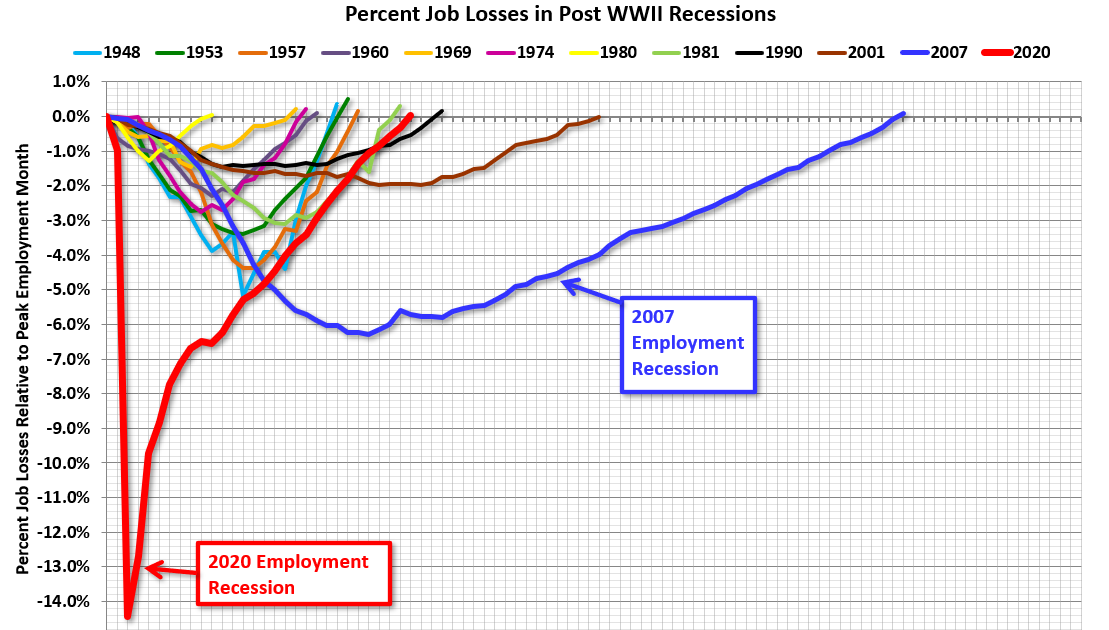 Total nonfarm payroll employment rose by 528,000 in July, and the unemployment rate
edged down to 3.5 percent, the U.S. Bureau of Labor Statistics reported today. Job
growth was widespread, led by gains in leisure and hospitality, professional and
business services, and health care. Both total nonfarm employment and the unemployment
rate have returned to their February 2020 pre-pandemic levels.
…
The change in total nonfarm payroll employment for May was revised up by 2,000, from
+384,000 to +386,000, and the change for June was revised up by 26,000, from +372,000 to
+398,000. With these revisions, employment in May and June combined is 28,000 higher
than previously reported.
emphasis added

The first graph shows the job losses from the start of the employment recession, in percentage terms.

The current employment recession was by far the worst recession since WWII in percentage terms.

However, 29 months after the onset of the current employment recession, all of the jobs have returned. 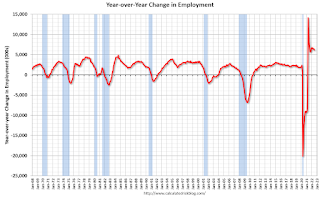 The second graph shows the year-over-year change in total non-farm employment since 1968.

Payrolls for May and June were revised up 28 thousand, combined.

The third graph shows the employment population ratio and the participation rate. 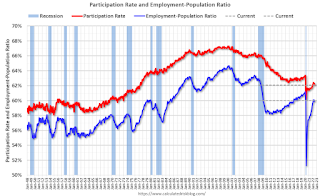 The Labor Force Participation Rate decreased to 62.1% in July, from 62.2% in June. This is the percentage of the working age population in the labor force. 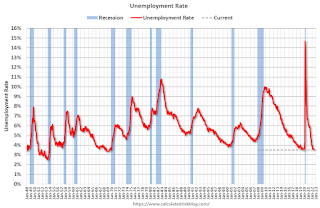 The unemployment rate was decreased in July to 3.5% from 3.6% in June.

This was well above consensus expectations; and May and June payrolls were revised up by 28,000 combined.