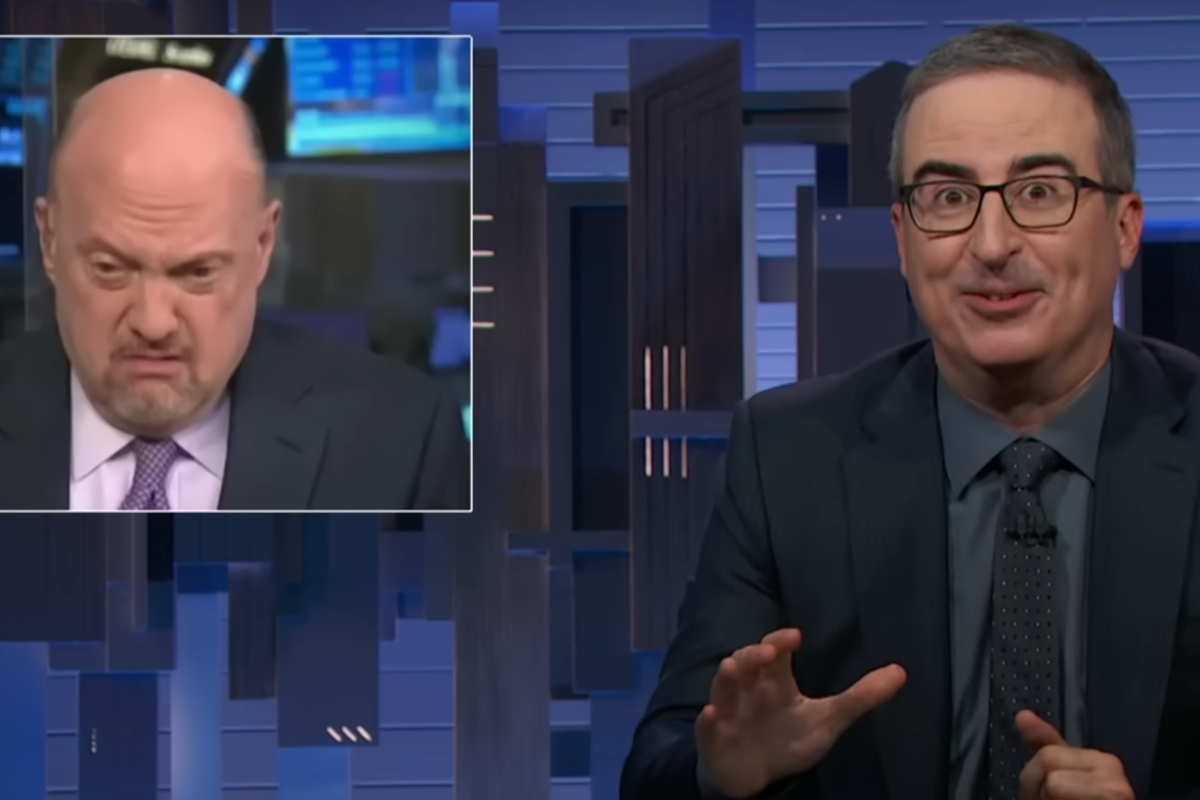 A late night comedian has taken aim at CNBC host and stock market personality Jim Cramer over his flip flopping on inflation and being wrong on how bad things really are.

Here’s what John Oliver had to say.

What Happened: Since 2014, Oliver has shared his take on news, politics and current events on the HBO show “Last Week Tonight.” On Sunday’s recent episode, he took aim at Cramer as one of several people that argued against the Fed raising rates to fight inflation.

Oliver attacked Cramer for his high energy and shouting in the clips by saying the CNBC host “answers the question of what if a garbage can full of cocaine and business school pamphlets wished to be a real boy.”

Oliver played a clip from November 2021 from Cramer.

“The bottom line I don’t think Powell needs to slam the brakes on the economy despite what you hear from the inflationistas and the media,” Cramer said at the time, referencing Fed Chair Jerome Powell.

Cramer said “team transitory is going to win” and told viewers to stop freaking out about inflation.

Oliver again attacked Cramer by saying the clip has not aged well “much like Jim Cramer.”

The final clip played by Oliver shows a more calm, collected take from Cramer six months later doing a 180 on his opinion on inflation.

“I think Powell may not understand, it’s not going away.”

Cramer said he was shocked to learn how bad inflation was and stated he didn’t know it was as bad as it was.

Oliver pointed out the dramatic turnaround from Cramer in his opinion and tone.

“The fact is a lot of smart people and Jim Cramer read this situation wrong,” Oliver said.

Related Link: ‘Go Back To Your Real Job And Tell Your Mommies’: Jim Cramer Takes On GameStop, AMC Investors

Cramer recently singled out Walmart Inc WMT, which recently slashed its guidance. Cramer said the lowered outlook wasn’t the result of inflation, but instead poor management.

As Oliver alluded to, several big voices in the financial community were wrong on how bad inflation was and have also changed their opinions.

“We did underestimate it. With the benefit of hindsight, clearly we did,” Powell said during a semiannual report on monetary policy in front of the U.S. Senate.

Powell said inflation fell on a month-over-month basis in the summer of 2021.

“That, I think, told us that our thesis that this was going to be a passing inflation shock was at least plausible. I think the data turned pretty hard in October and November and we very much changed our decision.”

Oliver was previously a correspondent no the Comedy Central show “The Daily Show.”