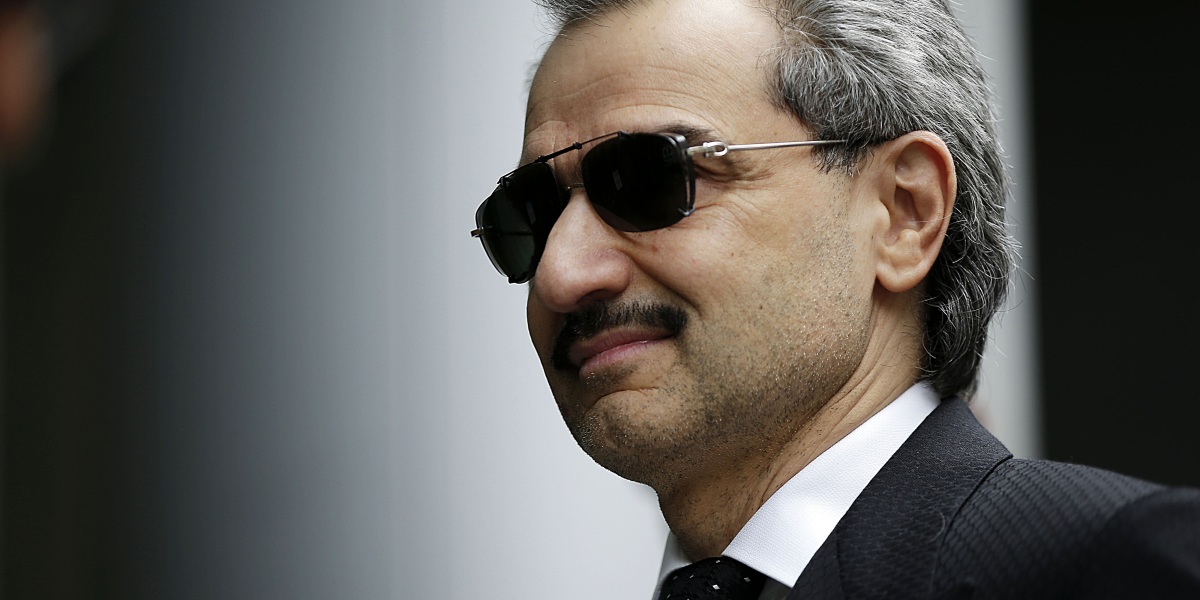 No specific dates for the investments were given, and the Saudi firm didn’t respond to questions about whether it still owned them. The value of all those depositary receipts dropped rapidly after the war began, when trading in Moscow was halted and western sanctions were imposed on Russia.

Alwaleed, whose grandfather was the founder of modern Saudi Arabia, is one of the country’s richest men and most high profile international investors. More recently he has been eclipsed by the kingdom’s sovereign wealth fund, chaired by his cousin, Crown Prince Mohammed bin Salman, which acquired a 16.9% stake in Kingdom Holding Co. in May.

Prince Alwaleed was also detained at the Saudi capital’s Ritz-Carlton hotel in 2017 along with other princes and government officials as part of what the state called an anti-corruption probe. No formal charges were ever presented, and he was released after 83 days, having reached an undisclosed “confirmed understanding” with the government.

Kingdom Holding invested $3.4 billion in global equities and depositary receipts since 2020, based on the filing, a rare bit of disclosure by the company. The largest stake was an investment valued at 2.5 billion riyals in Spain’s Telefonica SA between April to August 2020.

It also disclosed stakes in Uber Technologies Inc., TotalEnergies SE, Alibaba Group Holding Ltd. and BHP Group Ltd., acquired mostly in 2020 and 2021. The most recent deal it disclosed was a 178 million riyal stake in Hercules Capital Inc., made in June. The venture capital firm’s shares have risen 17% since the start of July.

Prince Alwaleed, 67, became one of the highest profile Saudi investors after taking stakes in companies such as Citigroup Inc. and Apple Inc. He’s supported Prince Mohammed’s modernization efforts, including giving women the right to drive.

More recently he’s announced the sale of a stake in his Rotana Music label to Warner Music Group Corp., and he raised $2.2 billion by selling part of his stake in the Four Seasons hotel chain to Bill Gates’ Cascade Investment LLC.

Alwaleed is known for long-term investments and is a fan of famed investor Warren Buffett. He once called himself the Oracle of Omaha’s Arabian equivalent.