Abortion restrictions widen the gender pay gap and can have big impacts on income, according to a new study 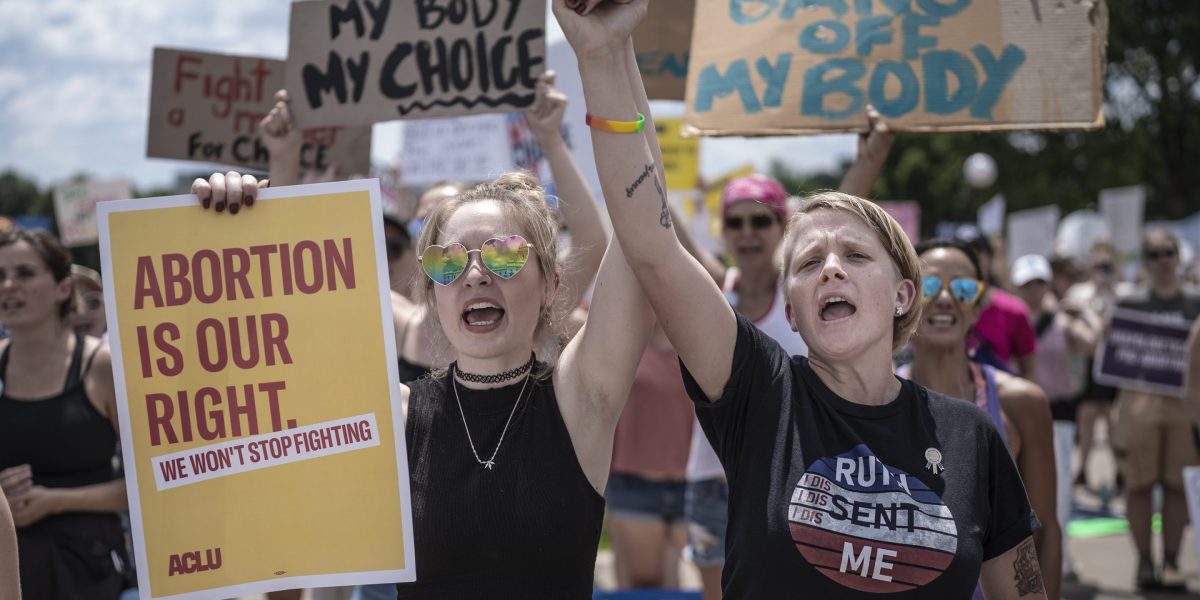 The recent overturn of the landmark Roe v. Wade decision, which had upheld the constitutional right to abortions nationwide for over 40 years, has upended American politics and daily life in recent months.

And although the constitutional right to abortion has been eliminated, many states passed highly-restrictive laws targeting abortion long before this year.

Villanova University’s Itay Ravid and the University of Pennsylvania’s Jonathan Zandberg found that targeted restrictions on abortion providers, or “TRAP” laws, have served to considerably widen the gender pay gap between women aged 20 to 45 and the rest of the population over the past four decades.

The study looked at 4 million data points from the U.S. Census Bureau’s population surveys to determine the effects of more than 1,300 TRAP laws that went into effect between 1974 to 2016 in 25 states.

They used four distinct models to evaluate the data, and each model found that women’s salaries can be cut by as much as 6.5% for every new restrictive abortion law that is passed in their state, with some indicating the potential for an even higher income reduction.

“The findings were clear: across multiple specifications and several robustness tests, TRAP laws led to a drop of between 6.5%-4.9% in the average monthly salaries of women of childbearing age compared to the rest of the population,” the researchers wrote.

TRAP laws are designed to shut down reproductive care providers through costly, and often medically unnecessary, requirements for clinics, like mandating the width of hallways, the inclusion of complex HVAC systems, and even specifications for how janitor’s closets should be outfitted.

Although the Supreme Court has struck down several TRAP laws in recent years, including Texas’ House Bill 2 in the 2015 Whole Woman’s Health v. Hellerstedt decision, according to the reproductive rights organization The Guttmacher Institute, 2021 saw 561 new anti-abortion regulations across 47 states in a six-month period.

The new study also looked at the reason behind the income declines due to anti-abortion legislation and found that women are often “pushed out of the labor force” or “select lower paying professions” in order to be able to take care of their children when abortion is restricted.

TRAP laws cause an 11.3% jump in the odds that a woman aged 20 to 45 will leave the workforce, the study found.

“These findings expose the fragility of progress toward gender equality,” the researchers wrote. “The findings remind us how gender inequality is closely attached to freedom and opportunities, and how state decisions can meaningfully impact women’s economic opportunities.”