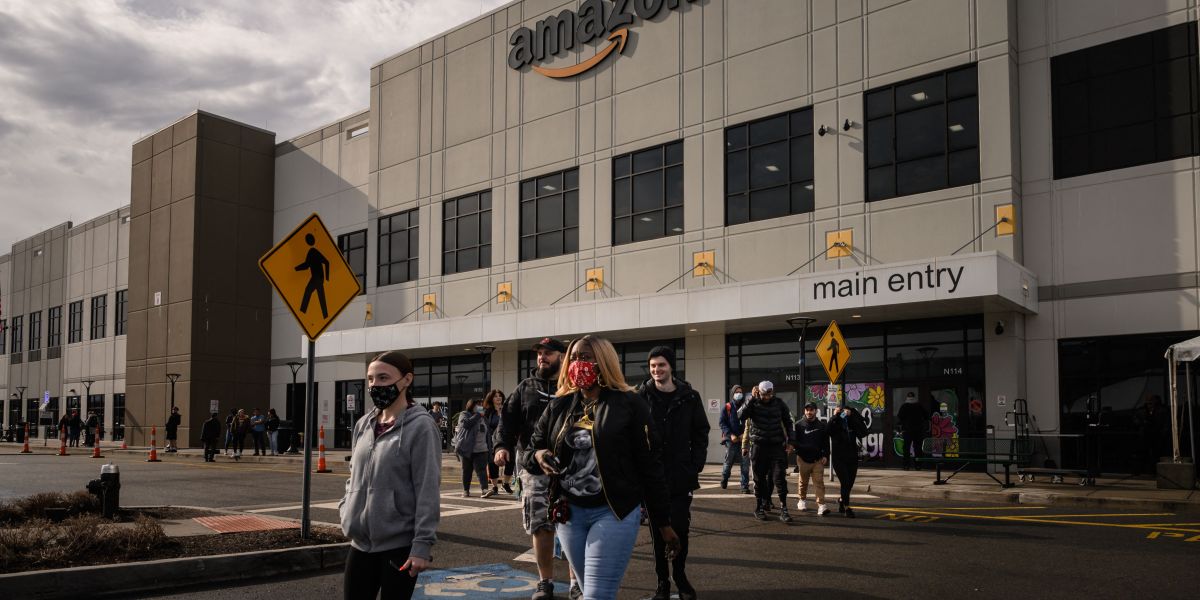 Amazon.com Inc. announced a pay increase for hourly workers in the U.S. that it says will take average starting wage for most front-line employees in warehousing and transportation to more than $19 an hour.

The company’s minimum level of $15 an hour for all hourly workers in the U.S. remains unchanged. For jobs in Amazon’s customer fulfillment and transportation groups, the starting pay will increase to $16 an hour, a spokesperson said Wednesday in an email.

The Seattle-based company said the raise represents additional spending of almost $1 billion over the next year. Amazon is the second-largest private employer in the U.S., behind Walmart Inc. Amazon employed more than 1.1 million people in the U.S. at the end of 2021. The company’s total workforce was more than 1.5 million as of June 30. Most of those employees are hourly workers who pack and ship items, or work in retail stores like Whole Foods Market and Amazon Fresh.

The company also is expanding access to a program that lets employees get paid more frequently than once or twice a month, according to a statement.

Amazon faces employee activism and union drives at some of its facilities, including at an Albany, New York-area warehouse where a vote is scheduled for next month. The company is challenging an election last April in which more than 8,000 workers at a Staten Island, New York, warehouse won the right to be represented by a union.