Biden tests negative for COVID again, will isolate until confirmed 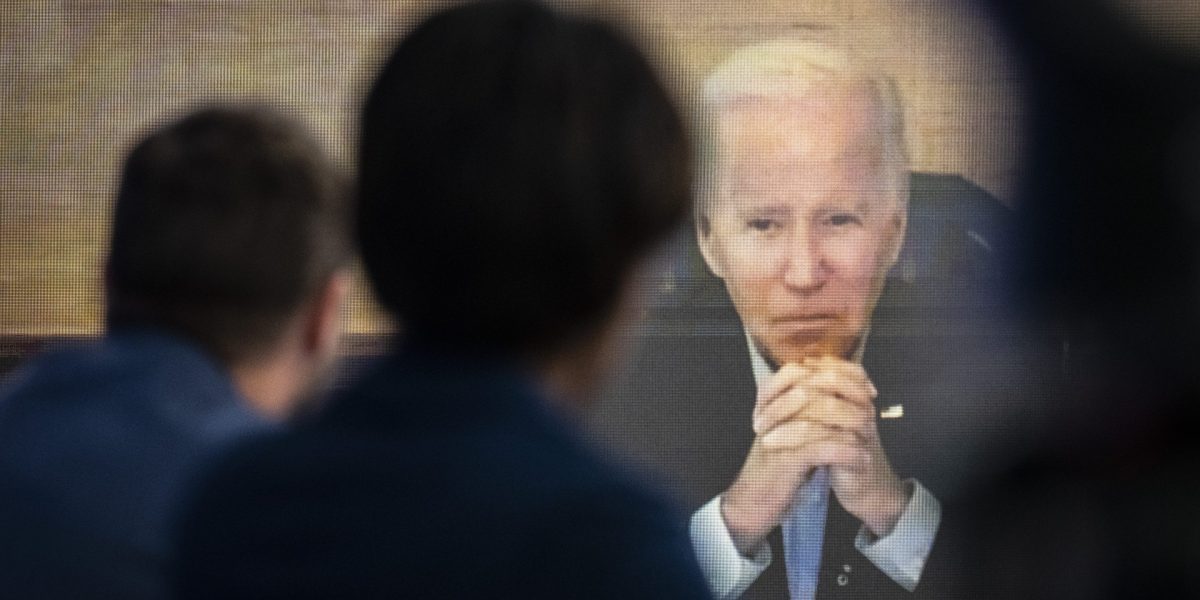 President Joe Biden tested negative for COVID-19 on Saturday after a “rebound” case of the virus, but will continue isolating until he receives another negative test, his doctor said.

“Strict isolation measures” will continue “in an abundance of caution,” Dr. Kevin O’Connor wrote in a daily update posted by the White House.

Biden—who initially tested positive July 21, after a week of traveling across the Middle East—tested negative for the virus on July 26 and 27, when he ended his isolation.

He additionally tested negative July 28 and July 29 before testing positive again July 30, according to a letter from O’Connor to White House Press Secretary Karine Jean-Pierre.

Biden was treated with the COVID-19 antiviral Paxlovid the day he was diagnosed, according to multiple news outlets. It’s a pill approved for treatment of COVID-19 in high-risk adults like the elderly, having received emergency-use authorization from the U.S. Food and Drug Administration.

But the drug is known for “rebound” cases, referred to by the U.S. Centers for Disease Control and Prevention as “a brief return of symptoms.”

Such rebounds, however, can happen with or without Paxlovid, Andy Pekosz, virologist at the Johns Hopkins Bloomberg School of Public Health, recently told Fortune.

“It’s not uncommon for people to have a positive test a few days after a negative test with COVID-19,” he said. “What I think people are more focused on these days is if this may be a Paxlovid rebound, meaning he’ll have a recurrence of the virus.”

While the U.S. Centers for Disease Control and Prevention says that COVID rebounds are rare, they could be more common than we know, as most individuals with COVID stop testing after they receive a negative result.

“The White House does a very good job of testing people on a daily basis,” Pekosz said. “They’re much more likely to catch some of these rare things with that level of frequency.”

The president’s rebound positive test was an antigen, or rapid, test, O’Connor wrote. Antigen tests are superior when it comes to gauging whether or not someone is shedding live virus and, therefore, infectious, Pekosz said, adding that a positive antigen test is “probably a good reason to go back into isolation.”

When diagnosed with COVID in June, chief presidential medical adviser Dr. Anthony Fauci was prescribed the antiviral due to his advanced age, which put him at greater risk for a severe outcome from COVID, despite being fully vaccinated and twice boosted.

Fauci later said he had experienced a Paxlovid rebound.

“After I finished the five days of Paxlovid, I reverted to negative on an antigen test for three days in a row,” Fauci, 81, said during an event at Foreign Policy’s Global Health Forum, Bloomberg reported. “And then on the fourth day, just to be absolutely certain, I tested myself again.”

“I reverted back to positive.”

Fauci later told the New York Times that Paxlovid kept him out of the hospital and stopped his infection from becoming more severe initially, saying, “Paxlovid did what it was supposed to do.”

Fauci began a second course of Paxlovid when symptoms emerged “much worse than the first go-around,” he said. In May the CDC issued a health advisory about such rebounds, saying there was no evidence that additional treatment is needed for rebound cases.

In June, Pfizer, which manufactures Paxlovid, announced that it would stop adding new participants to a trial of the drug among COVID patients at low risk of hospitalization and death. The study failed to demonstrate that the drug reduced symptoms, or hospitalizations and deaths, in a statistically significant way, according to Bloomberg.

But Paxlovid may be undeservedly gaining a bad rap, Pekosz cautioned.

“I’ll still point to the fact that it’s working in terms of keeping people out of the hospital—that’s the most important thing right now,” he said, adding that it may need to be retooled to better address Omicron subvariants.

How long to quarantine?

The CDC currently advises COVID-positive individuals to quarantine for five days before returning to normal life (and masking in public for an additional five days). The recommended isolation time was 10 days until December, when the federal health agency halved it.

But “there is not data to support five days or anything shorter than 10 days,” Amy Barczak, a physician at the Massachusetts General Hospital Infectious Disease Division, recently told Nature.

Some scientists have questioned the rationale behind the policy since the CDC introduced it late last year. And now critics have more data to back up their claims: Viral shedding can occur beyond 10 days in even healthy, vaccinated adults, according to a preprint out of London published this month.

Some scientists advise that people stop quarantining only once they test negative using at-home tests, rather than relying on the CDC’s five-day rule alone.

Biden did so, however, testing negative at five and then six days after infection before ending his isolation. The White House had said that Biden would go “above and beyond” the CDC’s five-day guidance and wait until he tested negative before returning to public life.

He apparently wasn’t expecting a rebound.