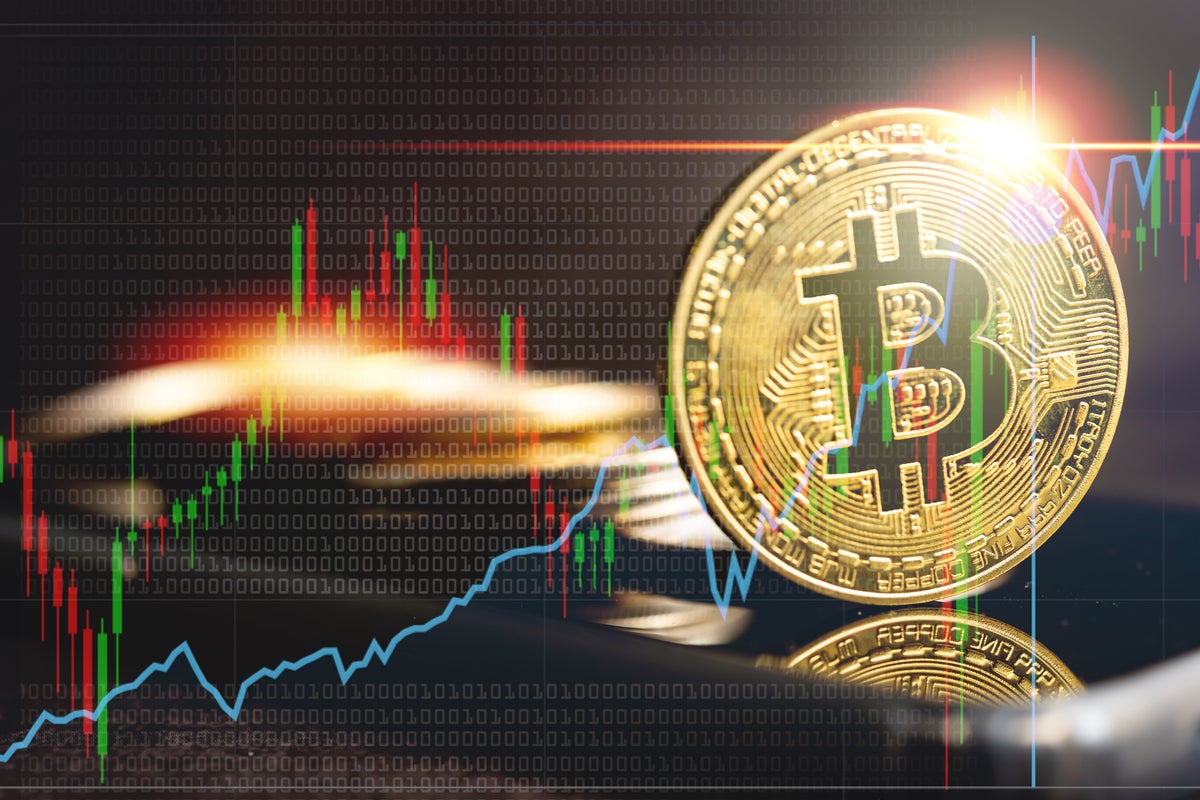 Bitcoin and Ethereum traded in the green early Monday morning as the global cryptocurrency market cap rose 0.8% to $1.02 trillion.

See Also: How To Get Free NFTs

Why It Matters: While major cryptocurrencies were trading higher intraday, the upwards momentum was not strong. As for stocks, the S&P 500 and Nasdaq futures were down 0.6% and 0.8%, respectively, at press time.

Volatility among risk assets comes ahead of anticipated comments from U.S. Federal Reserve Chair Jerome Powell at the annual Jackson Hole symposium, which is slated for Aug. 25.

OANDA senior market analyst Craig Erlam said in a recent note, seen by Benzinga, that the next key test for Bitcoin could be the $20,000 level. He said, “The crypto winter may not be over yet.”

Santiment said that markets rebounded Monday after Bitcoin and Ethereum fell below $20,900 and $1,540, respectively, on Sunday. The market intelligence platform said exchanges are witnessing “high levels of [short] trades] coming in as “people fear drops to June levels again. As long as they bet against markets, there is a higher chance of a rise.”

After #Bitcoin fell below $20.9k and #Ethereum below $1,540 yesterday, markets have rebounded a bit. Exchanges are seeing high levels of #short trades coming in, as people fear drops to June levels again. As long as they bet against markets, there is a higher chance of a rise. pic.twitter.com/Ang11S6f7R

Cryptocurrency trader Michaël van de Poppe said the total market capitalization for cryptocurrencies still looks the same. He said it was holding the 200-week moving average for support implying “continuation is still likely, and the bottom is in or close.”

The total market capitalization of #crypto still looks the same.

Rejection at the crucial point of $1.2T is the point the market consolidated.

Holding 200-Week MA for support, implying continuation is still likely, and the bottom is in or close. pic.twitter.com/7bmOtNNys9

Justin Bennett pointed out that cryptocurrencies have fallen more sharply in relation to the S&P 500.

So unless something changes, even -7% from the S&P could mean -40% for #Bitcoin. pic.twitter.com/sttxuEfuFl

Bennett said that a fall of even 7% from the S&P 500 could translate into a 40% drop for Bitcoin.

Read Next: This NFL Team Just Became The First To Accept Bitcoin Payments For Game Suites