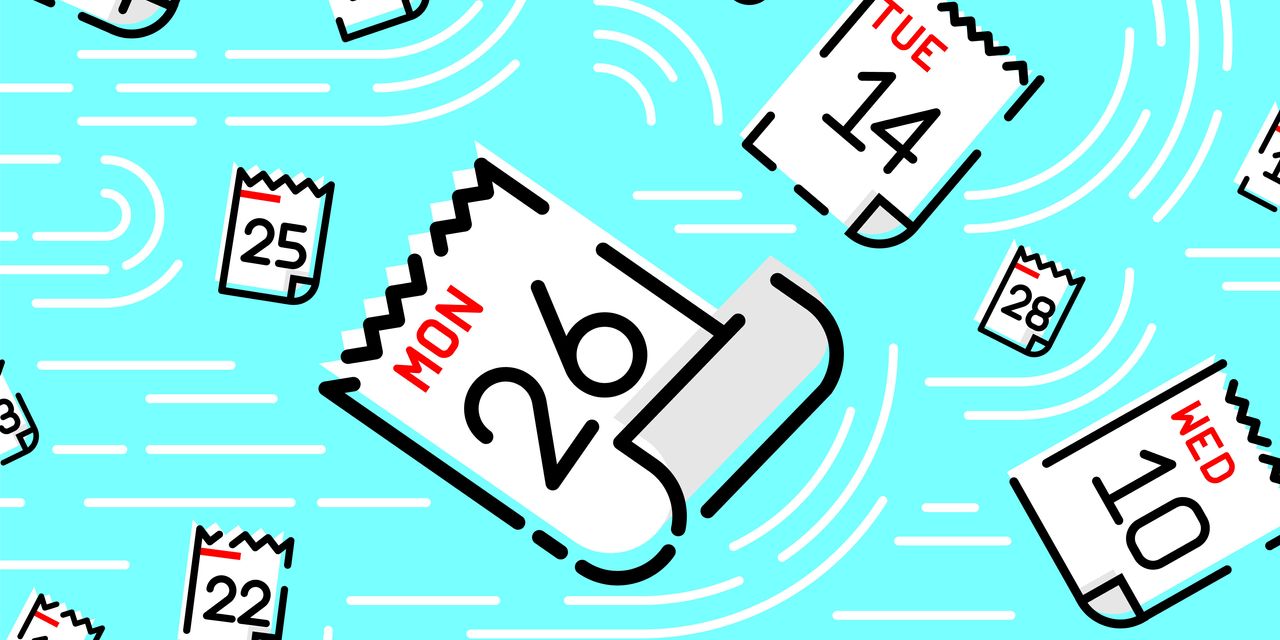 
Second-quarter earnings season continues this week, while a pair of July inflation figures and consumer sentiment surveys will be the highlights on the economic-data calendar.

go on Tuesday, followed by Walt

report on Thursday, then

closes the week on Friday.

Economic data out this week will include the Bureau of Labor Statistics’ Consumer Price Index for July on Wednesday. Economists are expecting a 0.2% rise in the headline index and a 0.5% increase in the core CPI last month. On Thursday, the BLS will report the Producer Price Index for July. That’s forecasted to have risen 0.3% at the index level and 0.4% for the core.

On Tuesday, the National Federation of Independent Business will release the Small Business Optimism Index for July, then the University of Michigan reports the August Consumer Sentiment Index on Friday. Both surveys have shown declining optimism in recent months.

convenes a special shareholder meeting to seek approval to be acquired by a private-equity consortium led by Elliott Investment Management. The proposed deal values the TV-ratings firm at $16 billion, including debt.

The National Federation of Independent Business releases its Small Business Optimism Index for July. Consensus estimate is for a 89 reading, slightly less than June’s 89.5, which is the lowest reading since early 2013. Small-business owners expecting better business conditions over the next six months were at a net negative 61% in June, the lowest level recorded in the 48-year history of the survey.

The Bureau of Labor Statistics reports preliminary employee compensation and productivity data for the second quarter. Unit labor costs are expected to increase at a seasonally adjusted annual rate of 6.7%, while productivity is seen declining 4.1%. This compares with a 12.6% jump and 7.3% decrease, respectively, in the first quarter.

The BLS releases the consumer price index for July. Economists forecast a 8.7% year-over-year rise, compared with a 9.1% jump in June. The core CPI, which excludes volatile food and energy prices, is seen increasing 6.1%, versus a 5.9% gain previously. The 9.1% reading was the highest since 1981, while the core CPI is off slightly from the recent peak of 6.5% in March. The S&P 500 index jumped 9.1% in July, its best month since November 2020, in anticipation of a less hawkish Federal Reserve on the assumption that inflation has peaked.

The BLS releases the producer price index for July. Consensus estimate is for a 10.4% year-over-year increase, less than June’s 11.3%. The core PPI, which excludes food and energy prices, is expected to rise 7.7%, down from 8.2%.

The University of Michigan releases its Consumer Sentiment Index for August. The consensus call is for a 53 reading, slightly more than July’s 51.5. The index is near its record low, as inflation remains top of mind for consumers.

Write to Nicholas Jasinski at nicholas.jasinski@barrons.com