An 8% gap up to start Thursday’s session should tell you everything you need to know about how investors are feeling about Disney (NYSE:DIS) right now. The home of Mickey Mouse released its fiscal Q3 earnings report yesterday and crushed analyst expectations while doing so. Both topline revenue and bottom line earnings came in hot, the latter up more than 25% year on year. 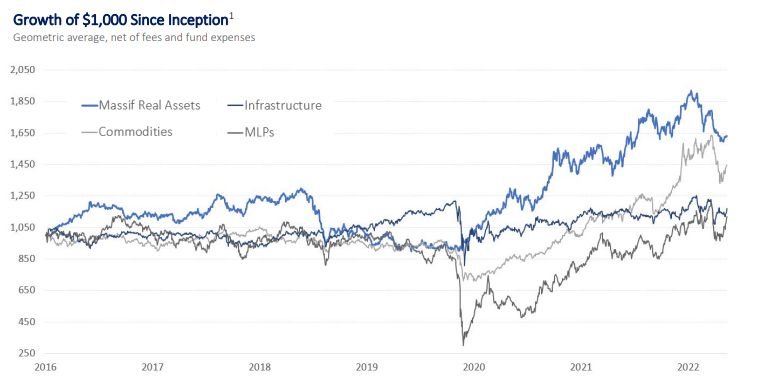 Since its founding by Will Thomson and Chip Russell in June 2016, the Massif Capital Real Asset Strategy has outperformed all of its real asset benchmarks. Since its inception, the long/short equity fund has returned 9% per annum net, compared to 6% for the Bloomberg Commodity Index, 3% for the 3 MSCI USA Infrastructure index Read More

It was a report for the ages, with the company’s Parks division leading from the front. This unit saw a six fold increase to its operating profit, which helped to mask the 32% drop seen on the same metric in the Media and Streaming division. But there were also some strong signs from this side of the business too, with the company adding 14.4 million Disney+ subscribers, a 31% year-over-year jump. For context, analysts had been expecting Disney+ to add 10 million new subscribers.

Sticking with the streaming numbers, the company’s ESPN+ subscribers rose 53% from a year ago, to 22.8 million, while Hulu ended the quarter with 46.2 million subscribers, an 8% year-over-year increase. Altogether, those services add up to 221.1 million subscribers, which puts them just about even with Netflix (NASDAQ:NFLX). This is an astonishing achievement considering the head start Netflix had on Disney in the streaming game but goes to show how market position is never guaranteed. It’s worth adding the caveat here that Disney’s total subscriber count may well be double-counting or even triple-counting bundled households, but that won’t be of much concern to the Disney leadership, or Netflix’s either.

As Bob Chapek, CEO of Disney, summed up “we had an excellent quarter, with our world-class creative and business teams powering outstanding performance at our domestic theme parks, big increases in live-sports viewership, and significant subscriber growth at our streaming services. We continue to transform entertainment as we near our second century, with compelling new storytelling across our many platforms and unique immersive physical experiences that exceed guest expectations, all of which are reflected in our strong operating results this quarter.”

It’s been a while since Disney shares gapped up like this, and investors would do well to take notice of this signal. Alongside a broader market rally that’s continuing to gather pace, Disney shares are now up over 30% in the past three weeks. It will take a few more sessions before we can definitively say the stock’s down-trend is broken, but shares are certainly trying to make it easy for us. And even with the recent pop, there are plenty of voices in the bull camp calling for more.

Bank of America analyst Jessica Reif Ehrlich believes Disney’s results show that the entertainment giant has a path to profitability for its streaming service, with a strong content plan and higher pricing. She told CNBC that “the underlying subscriber growth is strong but maybe even more importantly, they raised prices almost 40%. She went on to predict that Disney will even be able to raise prices in an environment where consumers are squeezed by overall inflation due to the strength of its content schedule, which is growing beyond its core Marvel and Star Wars brands.

The team at Guggenheim also had a bullish take on the numbers, with analyst Michael Morris upgrading them to a Buy rating while slapping on a fresh price target of $145. This suggests there’s still upside to be had in the region of 20% even after Thursday’s jump, and Morris thinks this could just be the start. In a note to clients, he pointed out that they have “greater confidence” in the company’s ability to keep trends at its Parks segment going in the right direction and the effectiveness of price increases and cost controls for its direct-to-consumer business.

Morris added that he is “confident” Disney+ will reach profitability in fiscal 2024 and have its peak losses in fiscal 2022. For now, Wall Street is clearly buying into this narrative, and a few more of the same signals from the company’s share price action will confirm the same.