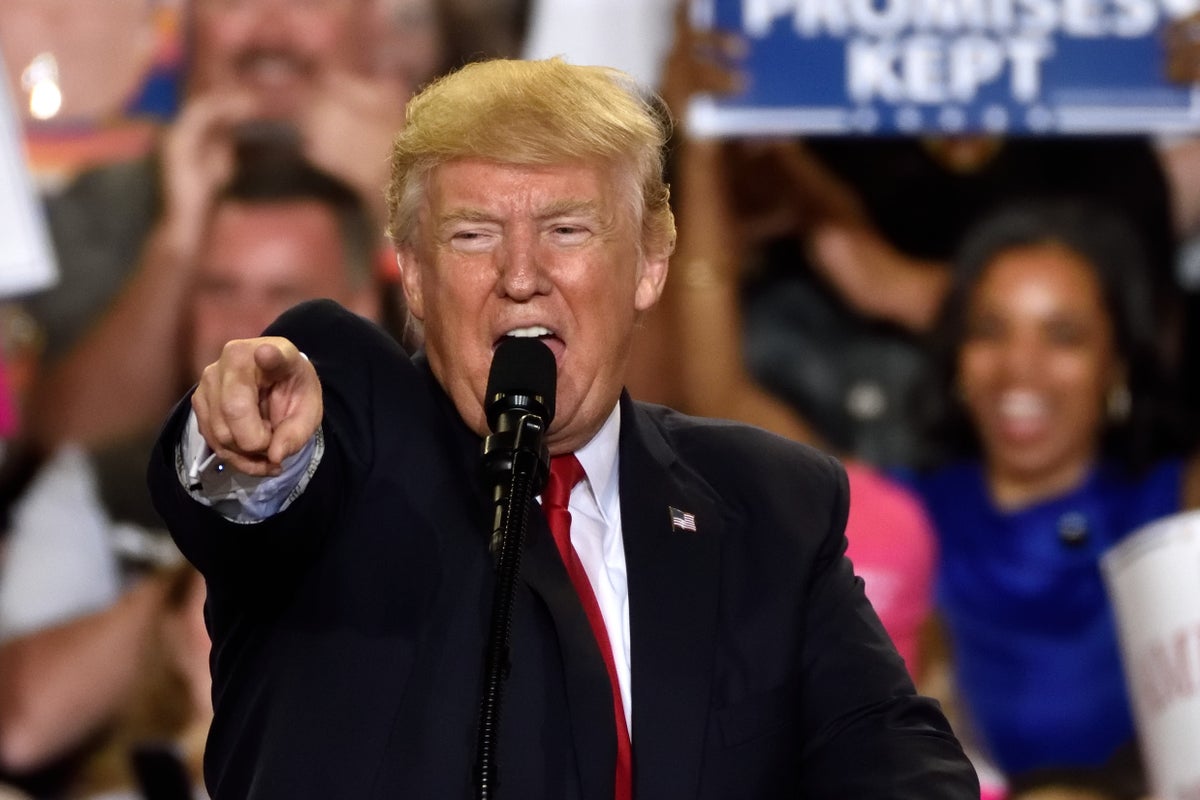 What Happened: A new report from Politico said Meta Platforms META will not rush a decision of whether Trump will be allowed back on Facebook and Instagram social media accounts.

Meta Platforms previously announced a ban of Trump from its platforms and said it would review a decision to bring him back on Jan. 7, 2023, two years after the ban.

Meta Platforms President of Global Affairs Nick Clegg told Politico the date would remain as the earliest the company would explore the option to bring Trump back onto social platforms it owns.

Facebook cited Trump’s account being a “risk to public safety” and said it would only unban him if that risk has “receded.” A further suspension could be announced after a review. If Trump is reinstated, he could face sanctions and permanent removal if further violations occur.

“Given the gravity of the circumstances that led to Mr. Trump’s suspension, we believe his actions constituted a severe violation of our rules which merit the highest penalty available under the new enforcement protocols,” Clegg previously wrote.

Trump spoke out against the ban at the time.

“Facebook’s ruling is an insult to the record-setting 75M people, plus many others, who voted for us in the 2020 Rigged Presidential Election,” Trump previously said.

Twitter, which previously announced a permanent ban of Trump, could see a reversal if the acquisition by Musk is pushed through.

“I do think that it was not correct to ban Donald Trump,” Musk said after his acquisition was announced. “I think that was a mistake, because it alienated a large part of the country and did not ultimately result in Donald Trump not having a voice.”

Musk said he would reinstate Trump and was against permanent bans with the exception of bot and spam accounts.

“I would reverse the permanent ban. I don’t own Twitter yet. So this is not like a thing that will definitely happen.”

Trump indicated he would not rejoin Twitter after Musk’s comments became public.

YouTube, owned by Alphabet Inc GOOG GOOGL, also has banned Trump and said it will not reverse the ban until the risk of violence inspired by Trump’s account decreases.

Why It’s Important: The update from Politico comes as Trump is seen as the betting favorite for DraftKings Inc DKNG and other sites outside the U.S. to win the 2024 presidential election.

Trump is expected to announce his intention of running for president once again. His decision could come before the November midterm elections and would come as he is banned from many social media platforms.

The ban by Facebook and Instagram being in place after Trump announces he is running could put pressure on the platforms to overturn the ban or be accused of interfering with the election.

Meta Platforms announced an update on how its plans to address election misinformation and tighten political advertisements.

“While some of the challenges in 2020 were unique, we are once again prepared to respond to content discussing the integrity of the election by applying labels that connect people with reliable information,” Clegg said.

TikTok announced a new in-app election center it will use for election coverage. TikTok said it is banning political advertising, including paid partnerships with political groups by influencers.