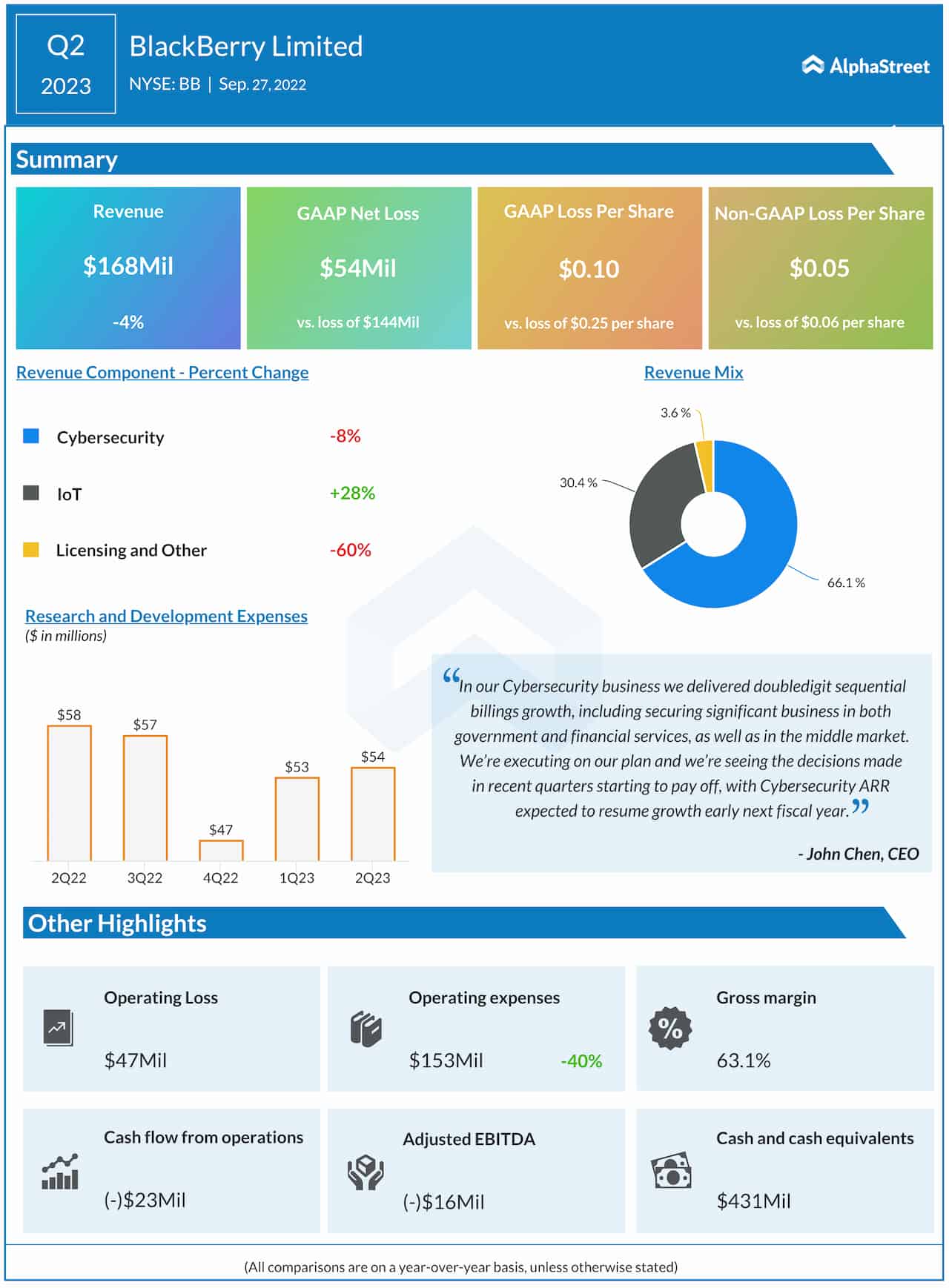 Smartphone company BlackBerry Limited (NYSE: BB) has reported total revenues of $168 million for the second quarter of 2023, compared to $175 million in the same period last year.

“Our IoT business continues to gain market share, and design-phase revenue remained at near-record levels. A major design win in the quarter was with Volkswagen, who chose QNX for their new VW.OS, to be deployed across all Volkswagen group brands. IVY remains firmly on track, with the latest product release in August, proof of concept trials progressing well, and the IVY fund continuing to invest in exciting ecosystem partners,” said John Chen, CEO of BlackBerry.