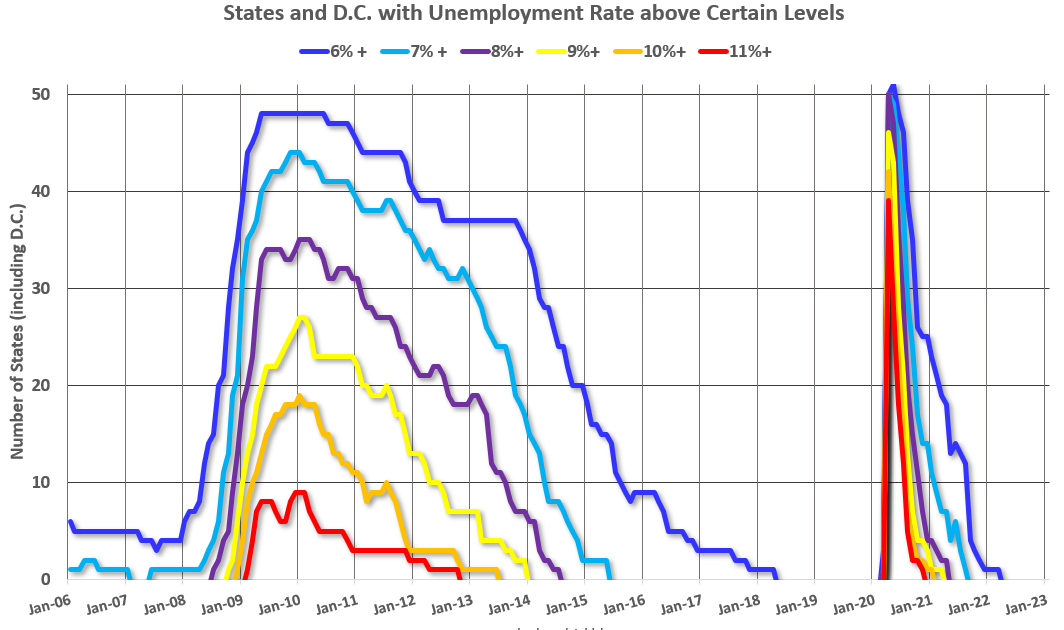 From the BLS: Regional and State Employment and Unemployment Summary

Unemployment rates were lower in June in 10 states and the District of Columbia,
higher in 2 states, and stable in 38 states, the U.S. Bureau of Labor Statistics
reported today. All 50 states and the District had jobless rate decreases from a
year earlier.
…
Minnesota had the lowest jobless rate in June, 1.8 percent, closely followed by
Nebraska, 1.9 percent. The next lowest rates were in New Hampshire and Utah, 2.0
percent each. The rates in Minnesota and New Hampshire set new series lows, as
did the rates in the following six states (all state series begin in 1976):
Alabama (2.6 percent), Georgia (2.9 percent), Kentucky (3.7 percent), Louisiana
(3.8 percent), Mississippi (3.8 percent), and Missouri (2.8 percent). The District
of Columbia had the highest unemployment rate, 5.5 percent, followed by New Mexico,
4.9 percent.
emphasis added

This graph shows the number of states (and D.C.) with unemployment rates at or above certain levels since January 2006.