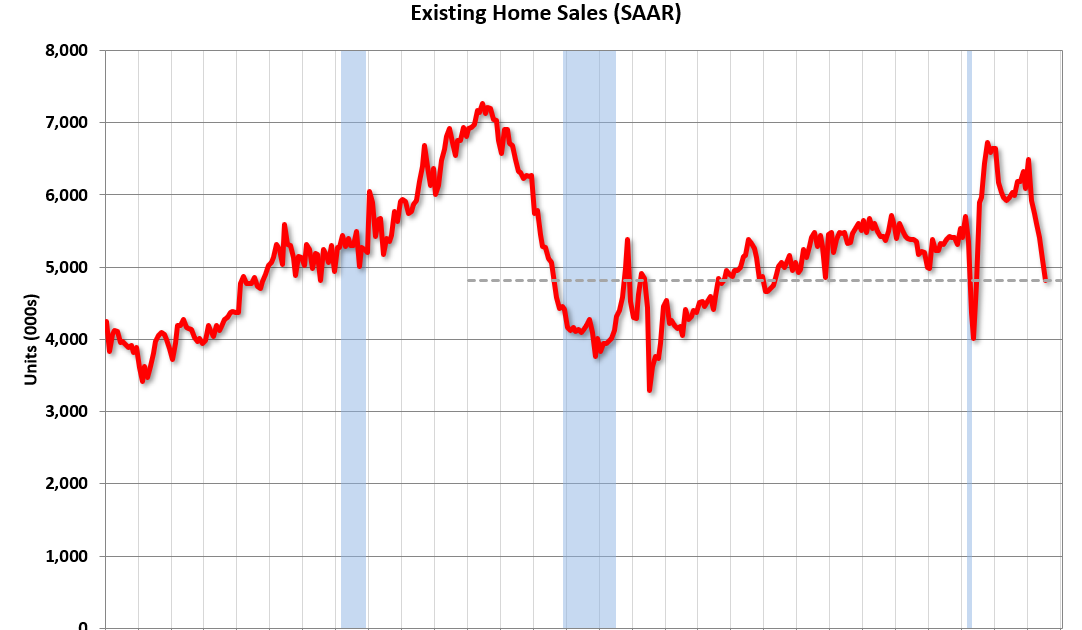 From the NAR: Existing-Home Sales Retreated 5.9% in July

Existing-home sales sagged for the sixth straight month in July, according to the National Association of REALTORS®. All four major U.S. regions recorded month-over-month and year-over-year sales declines.

Total existing-home sales, completed transactions that include single-family homes, townhomes, condominiums and co-ops, slipped 5.9% from June to a seasonally adjusted annual rate of 4.81 million in July. Year-over-year, sales fell 20.2% (6.03 million in July 2021).
…
Total housing inventory registered at the end of July was 1,310,000 units, an increase of 4.8% from June and unchanged from the previous year. Unsold inventory sits at a 3.3-month supply at the current sales pace, up from 2.9 months in June and 2.6 months in July 2021.
emphasis added 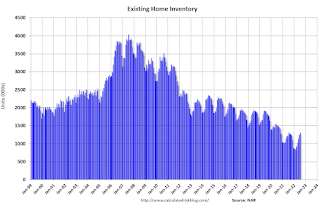 Headline inventory is not seasonally adjusted, and inventory usually decreases to the seasonal lows in December and January, and peaks in mid-to-late summer. 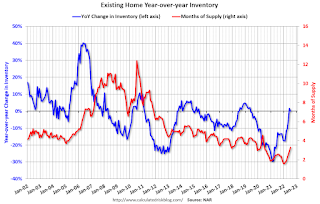 Inventory was unchanged year-over-year (blue) in July compared to July 2021.

This was below the consensus forecast. I’ll have more later.