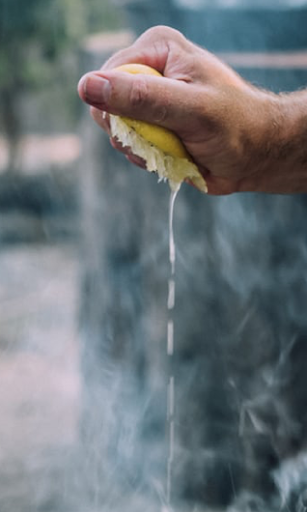 Unless you haven’t paid any attention to financial news at all, you probably already know that GameStop (GME) has gone up over 700% in the last five days. The movie theater chain, AMC (AMC) was available for a little over two bucks ten days ago. Today, it traded for 25.80 this morning in pre-market trading.

You also probably know that these huge gains have been caused by short squeezes.  Back on September 18 last year, I published an article called Top Restaurant Short Squeeze Stocks, and it listed four companies that were heavily shorted. In just the last four months, those stocks have had stellar returns.

The worst performing stock was up 38%. Not a bad return for four months. The best performing was Dave & Busters (PLAY), which was up 138%. Here are those four stocks, with the percent of float shorted at the time, the days to cover at the time, and the return if you had bought the stock back then and sold today.

Many of the heavily shorted stocks you have seen on the news during the last couple days are high priced, with a majority of them trading over $100 a share. That’s a lot of risk. So If you are looking for low priced stocks that might be short squeeze plays, I will cover that shortly.

But first, a review about the short squeeze and its terminology. When you short a stock, it means that your goal is to make money from a drop in the price of a stock. Technically, what happens is that you borrow shares of a stock, sell those shares, then buy back those shares at a hopefully lower price so that those shares can be returned. This all happens electronically, so you don’t actually see all the borrowing and returning of shares; it just shows up on your screen as a negative number of shares.

Some traders utilize this situation by looking for stocks to buy that may have a potential short squeeze. Here is what a short squeeze trader should take into consideration:

Short Percentage of Float ~ The float is the number of freely tradable shares and the short percentage is the number of shares held short divided by the float. Amounts over 10% to 20% are considered high and potential short squeeze plays.

Short Ratio / Days to Cover / Short Interest Ratio -This is probably the most important metric when looking for short squeeze trades, no matter what you call it. This is the number of days it would take the short sellers to cover their position based on the average daily volume of shares traded. This is a significant ratio as it shows how “stuck” the short sellers are when they want to buy in their shares without driving up the price too much. Unfortunately for the shortsellers, the longer the number of days to cover, the bigger and longer the squeeze.

Short Percentage Increase ~ This is the percentage increase in in the number of short sellers from the previous month.

Check out the following list, but be aware, that often some stocks are heavily shorted for a reason. All these stocks have significant short metrics.

So as an example, VBI Vaccines has over 25% of the float shorted, and it will take over six days for the short sellers to cover their positions, based on the average daily volume.

Obviously, there is no guarantee that these stocks will go up, but if I was short any stock selling for less than $10 a share, I wouldn’t want to waste any time covering my position, before all the other short sellers clamor in and drive the price way up.

Disclosure: Author owns TXMD. No recommendations are express or implied.