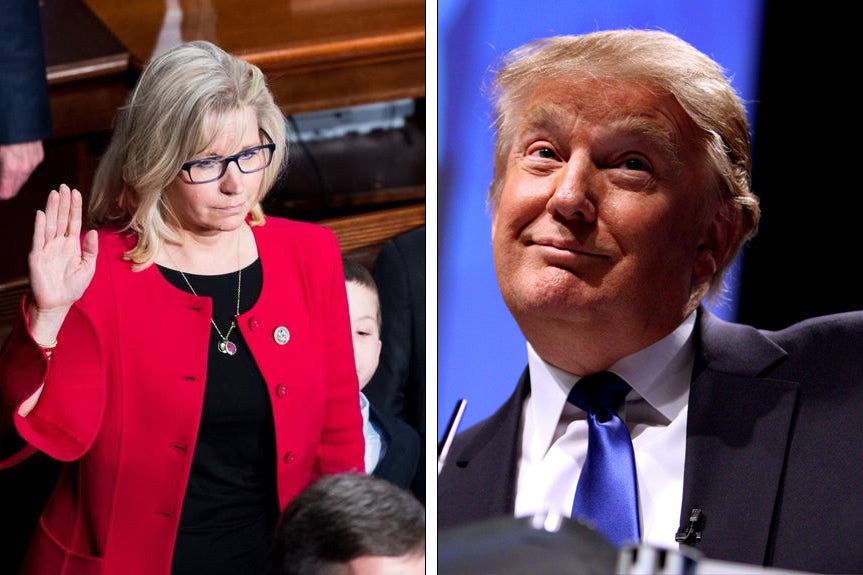 According to a new CNBC report, the representative is amassing support from several of Trump’s former allies — including billionaire Charles Koch — as she considers a presidential run for 2024.

Will GOP Primary Come Down To Cheney Vs. Trump?

Cheney vice chairs a House committee investigating the Jan. 6 attack on the U.S. Capitol and Trump’s involvement in the event.

Last week, Cheney lost her run for re-election representing Wyoming in the house against Trump supporter Harriet Hageman, possibly losing GOP support in that state for her involvement in the Jan. 6 committee.

On Monday, Cheney made a public outcry against Trump, saying she was “disgusted” to learn the former president divulged the names of federal agents who executed a search warrant at his Florida estate.

“I believe that Donald Trump continues to pose a very grave threat and risk to our republic,” said Cheney in a TV interview last week, adding that “defeating him is going to require a broad and united front of Republicans, Democrats and independents.”

Charles Koch: The billionaire oil magnate owns 42% of Koch Industries, the second largest privately held company in the country. Koch continues to serve as chairman and CEO in the company after more than 50 years.

The Koch brothers — Charles and his recently deceased brother David —  represent some of the most influential GOP backers. Throughout the decades they built a massive network of donors aligned with libertarian ideals of free markets and lower taxes.

According to CNBC, Koch is helping Cheney through i360, a data and technology company owned by Koch Industries.

The information was drawn from PitchBook and Federal Election Commission filings, which show that two public action committees paid i360 to deploy pro-Cheney ads through text messages.

One of the PACs, Wyomingites Defending Freedom, is led by Julia Griswold Dailer, a former White House aide to Trump who appears to also have changed course.

The Koch brothers were founding members of the Tea Party and donated at least $100 million to Republican and conservative-oriented causes in the last half-century.

In 2018, Trump and the Koch network fell into a feud, as the Koch brothers criticized Trump’s trade war and budget deficit.

According to the CNBC report, a company called Red Right Media received over $1 million for advertising and media services from Cheney’s campaign during her recent primary campaign. Business records from the state of Virginia show that Red Right Media is a second name for X/Roads Communications.

Dubke left his White House position in 2017, and in 2018, a media consulting firm he co-founded called Black Rock Group received over $100,000 from Cheney’s campaign.

SCM Associates, a fundraising and direct mail consulting group; and TAG Strategies, a political marketing firm, both worked in the Trump campaign during 2020 and have now received payments from Cheney’s campaign effort.

Pictures from Wikimedia Commons by Gage Skidmore and the Office of Liz Cheney.