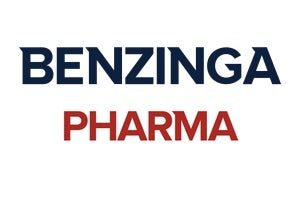 Patients always have hope if their cancers are detected early. Thanks to advanced research and therapies, the earlier the cancer is diagnosed and treated, the better the chance of it being cured.

Regular self-exams or medical screening for well-known cancers like skin, breast, mouth, testicles, prostate and rectum may lead to detection and treatment before the symptoms become serious.

Even though cancer is never good news, some people will have only one treatment. Others who aren’t so lucky may have a combination of treatments, such as surgery, radiotherapy and drug treatments. Clinical trials are also giving hope to patients.

While there are more than 100 types of cancer, some — like breast, lung and prostate — are more common than others and therefore receive a lot of attention.

There are other types of cancer that are also equally if not more important to patients than the most popular ones. Unfortunately, these types of cancers — like cutaneous T-cell lymphoma (CTCL) — can be more unique and orphaned.

CTCL is a rare type of cancer that begins in white blood cells called T cells (T lymphocytes). This is worrying because these white blood cells are part of the immune system that normally fight infection in the body.

In CTCL, the T cells develop abnormalities that make them attack the skin causing scaly patches or bumps called lesions or tumors.

There are roughly 3,000 newly reported cases of CTCL in the U.S. annually, while over 20,000 patients live with it.

Out of the growing number of players in the industry, recent results from Soligenix’s clinical trials seem to have caught the attention of many.

The late-stage biopharmaceutical company boasts of having expertise in the development of orphan and unmet medical need indications, including preclinical, manufacturing, regulatory and clinical expertise.

As current treatment for early-stage CTCL lesions seem complicated given the side effects of many commonly used approaches, Soligenix’s HyBryte™ (synthetic hypericin or SGX301) may provide a safer, more convenient alternative.

HyBryte™ is a topical ointment that is applied to the lesions and then activated by safe, visible fluorescent light.

On July 20, Soligenix announced that the results of its successful Phase 3 FLASH (Fluorescent Light Activated Synthetic Hypericin) study evaluating HyBryte™ (synthetic hypericin) for the treatment of CTCL were published in the prestigious  Journal of the American Medical Association (JAMA) Dermatology, and demonstrated that HyBryte™ treatment significantly reduced lesion size, with the treatment response improving over successive six-week treatment cycles.

The rareness of CTCL — a form of non-Hodgkin’s lymphoma — has allowed the FDA to classify HyBryte™ as an orphan drug and granted it fast-track designation as an unmet medical need currently exists.

With approximately $20 million in cash as of its recent earnings announcement, not including its non-dilutive government funding, Soligenix anticipates having sufficient capital to achieve multiple near-term inflection points as it advances its rare disease pipeline, including submission of a new drug application (NDA) to the FDA for marketing authorization in Q4 2022.

With an FDA approval and a U.S. commercial launch  of HyBryte™ in CTCL, the company estimates peak U.S. annual net sales to exceed $90 million and the total U.S. revenues during the 10-year forecast period to be greater than $700 million.

As Fortune Business Insights projects the North America CTCL therapeutics market to grow from $240.9 million in 2021 to $587.4 million in 2028 at a compound annual growth rate (CAGR) of 13.6% in the forecast period, this could present a lot of opportunities for Soligenix as the company ramps up processes for the commercialization of HyBryte™.