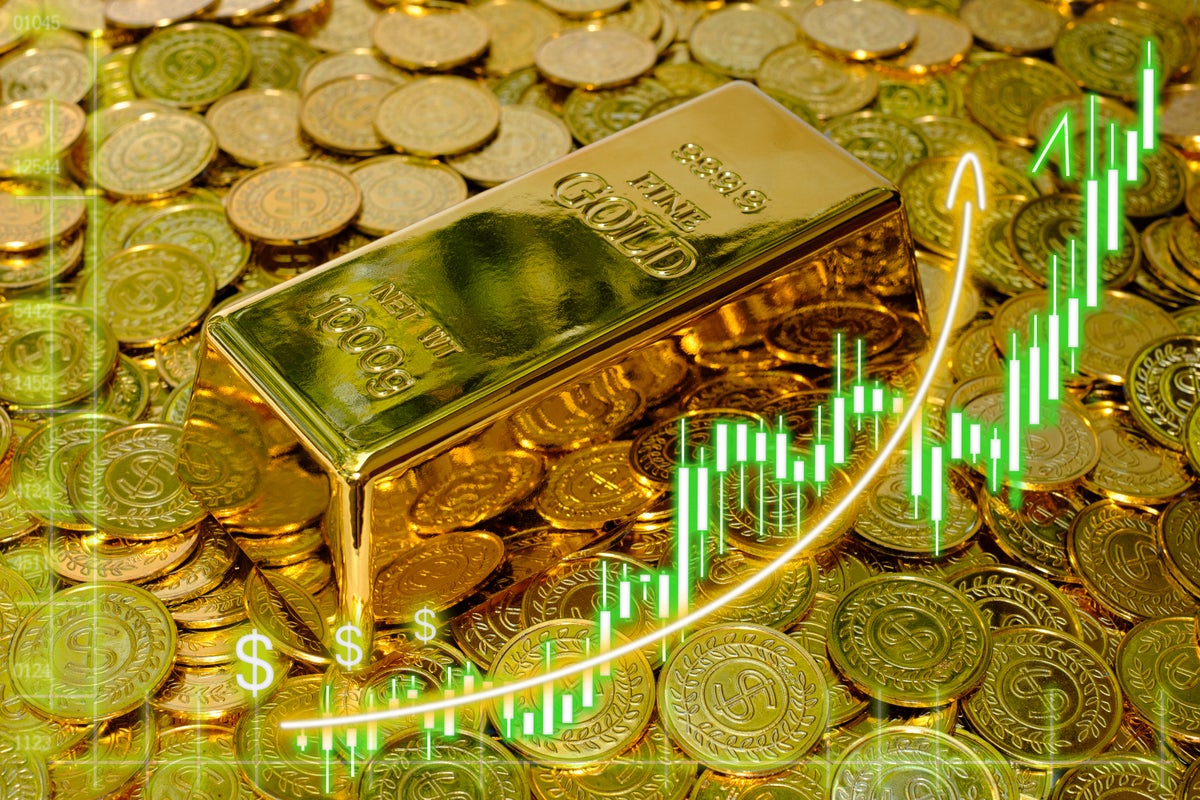 With geopolitical tensions mounting over simmering U.S.-China tensions and demand for safe-haven assets rising, investors are turning their eyes towards gold which traded near one-month highs on Thursday and was headed for its third straight weekly gain.

Why Gold Is Rising: China fired live missiles near Taiwan on Thursday, responding fiercely to U.S. House Speaker Nancy Pelosi’s visit to the island. During times like this when risk aversion is prevalent, investors flock to safe-haven assets like gold.

At the same time, fears of a recession are being driven by rate hikes across the world by central banks insistent on fighting inflation. The Bank of England raised policy rates by 50 basis points, the most since 1995. The Indian central bank, too, hiked its policy rates by 50 basis points. As fund managers pull out of riskier assets, gold seems to be attracting some part of the fund flows.

Price Movement: Spot gold was trading near the $1,790/oz levels on Friday after having breached the $1,794/oz mark, which is the highest intra-day level since early July.

“It could get a bit choppy ahead of the data. Central banks acknowledging recession is also underpinning sentiment for the precious metal, which was under pressure due to rising yields,” he said.

Read Next: ‘Crypto Is Dead?’ Analyst Says Doom Calls Are Overdone As Bitcoin, Ethereum, Dogecoin Hold It Together