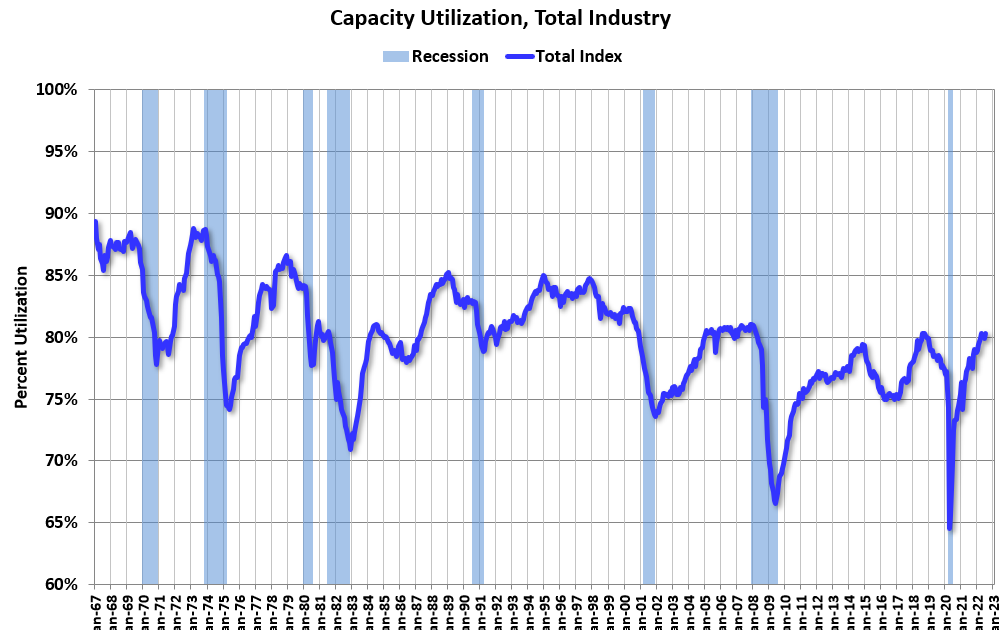 From the Fed: Industrial Production and Capacity Utilization

In July, total industrial production increased 0.6 percent. Manufacturing output gained 0.7 percent after having fallen 0.4 percent in each of the two previous months. The production of motor vehicles and parts rose 6.6 percent, while factory output elsewhere moved up 0.3 percent. The index for mining increased 0.7 percent, while the index for utilities decreased 0.8 percent. At 104.8 percent of its 2017 average, total industrial production in July was 3.9 percent above its year-earlier level. Capacity utilization moved up 0.4 percentage point in July to 80.3 percent, a rate that is 0.7 percentage point above its long-run (1972–2021) average.
emphasis added

This graph shows Capacity Utilization. This series is up from the record low set in April 2020, and above the level in February 2020 (pre-pandemic). 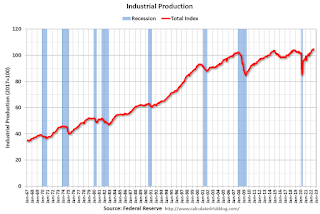 Industrial production decreased in June to 104.8. This is above the pre-pandemic level.

The change in industrial production was above consensus expectations.