Is Sanofi A Buy, Despite Recent Stumbles?

Price swings in that industry are often determined by the results of clinical trials or other studies. That’s exactly what happened in the case of Sanofi, which offers a lesson in the risks inherent in pharma stocks, even among well-established large caps. 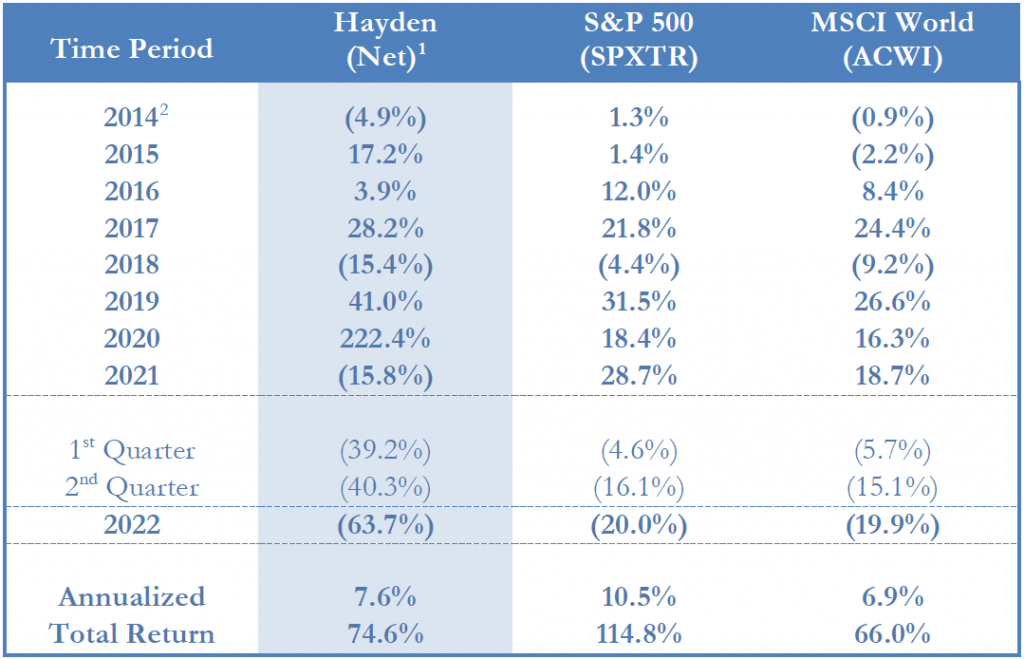 Hayden Capital’s performance update for the second quarter ended June 30, 2022. Q2 2021 hedge fund letters, conferences and more Dear Partners and Friends, The markets continued to sell-off in the second quarter, especially for internet-based businesses.  This year continues to be the toughest stretch for us, since the Hayden’s inception.  Inflation concerns and the Read More

Sanofi shares gapped down 5.87% Wednesday, closing at $42.18, on news that the company would end two studies of potential breast cancer treatment amcenestrant. The studies were halted following an interim analysis indicating that the drug, used in tandem with Pfizer’s (NYSE:PFE) breast cancer drug Ibrance, “did not meet the prespecified boundary for continuation in comparison with the control arm,” according to a Sanofi news release.

“While we are disappointed by this outcome, our research will further the scientific understanding of endocrine therapies in people with breast cancer,” said Sanofi’s global head of research and development, John Reed, in the release.

Not all analysts believe the stock is doomed, however. For example, Morningstar’s Damien Conover wrote, “[D]rug development is risky, and failures are common. We do not see these pipeline setbacks as overly concerning, and we continue to believe Sanofi will be able to develop the next generation of drugs to offset eventual patent losses, which is a key factor supporting its wide moat. Also, the limited patent losses over the next several years also provide time for Sanofi to refill its late-stage pipeline with several early-stage drugs that look encouraging.”

Wednesday’s gap-down came just one week after the stock plummeted 7.11% in advance of a trial surrounding heartburn treatment Zantac. Sanofi, along with Pfizer and GSK and others, sold the drug for periods of time before the FDA ordered Zantac pulled from the market in April 2020.

Plaintiffs have brought thousands of suits against drug companies that sold Zantac, claiming various types of cancer resulted from taking the medication. In the first trial, which was scheduled to begin in Illinois next week, the plaintiff dropped his case, saying he was too ill to proceed. However, he has the right to refile his case within the next year.

Like Sanofi, GSK was already tumbling ahead of the Zantac news. Shares are down 16.41% year-to-date.

Both Sanofi and GSK are based outside the U.S., meaning they are not tracked by the S&P 500. However, because the S&P large-cap healthcare sector is where they would otherwise be indexed, if they were domestic companies, it’s a valid comparison.

The healthcare sector is down just 4.94% year-to-date. That much better sector performance is driven by big components like UnitedHealth Group (NYSE:UNH) and Eli Lilly (NYSE:LLY), both of which boast strong 2022 gains.

Meanwhile, Israel-based Teva Pharmaceuticals, which, at $11.54 billion is on the lower end of the large-cap classification, shed 10.63% this week, but still boasts a year-to-date gain of 24.97%.

Teva is also connected to the Zantac case. According to Bloomberg reports this week, Teva and other generic drug makers, including Perrigo (NYSE:PRGO) and Dr. Reddy’s (NYSE:RDY) agreed to a combined settlement totaling $500,000.

Perrigo and Dr. Reddy’s are both trading lower this week.

As you can see from all the recent news-driven declines in pharma stocks, the entire industry is particularly susceptible to developments surrounding clinical trials, lawsuits and other events. It’s always incumbent upon investors to understand the industry risks inherent in any stock, but that’s especially true when it comes to pharma, when big news could break at any time that could send your stock tumbling.