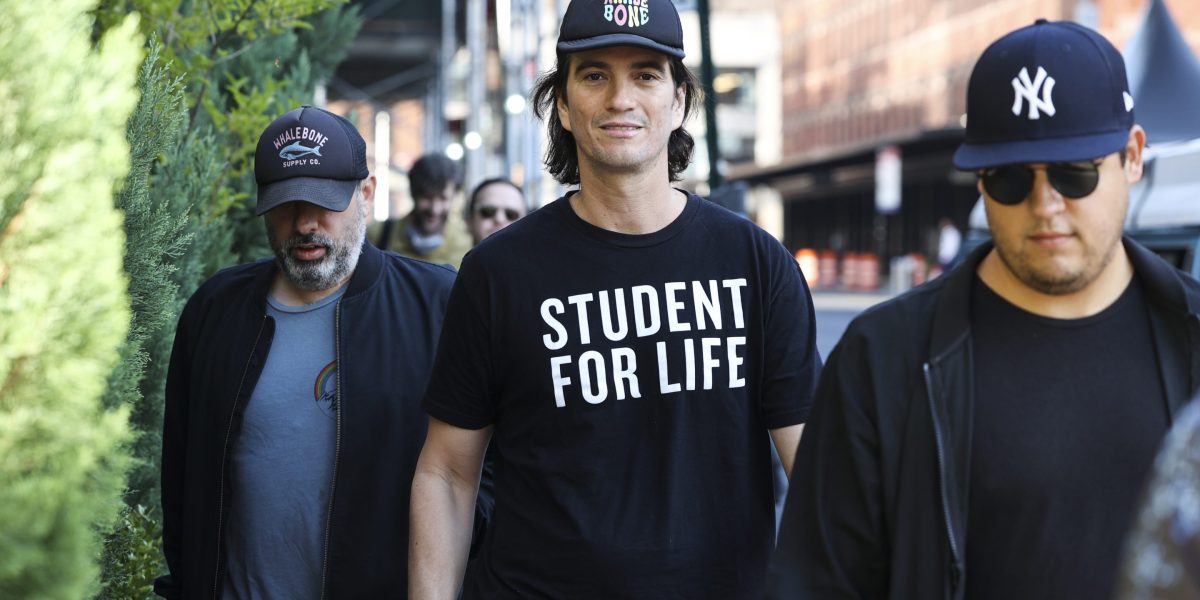 WeWork’s famous implosion might seem like a PR nightmare that would be impossible for an executive to recover from, spawning both a TV series and documentary that chronicled the office leasing company’s failure.

That investment is said to be worth $350 million, according to reporting by the New York Times, and represents the largest single investment that Andreessen’s venture capital firm, Andreessen Horowitz, has ever made. The billionaire’s investment history includes early stakes in tech giants like Facebook-parent Meta, Twitter, and Skype—meaning that his support of Flow has serious weight.

The latest investment set Flow’s valuation at over $1 billion.

WeWork collapsed in 2019, falling in value from over $40 billion to just $4 billion today after a complicated initial public offering. As it sputtered, the company, which aimed to revolutionize workplace culture via subleased coworking spaces, ousted Neumann as CEO.

Andreessen made his announcement about investing in Neumann’s latest company in a blog post on his firm’s website on Monday, citing the need for investment in innovation in the U.S. real estate sector. “The demographic trends driving America’s housing market are impossible to ignore: Our country is creating households faster than we’re building houses,” the post begins.

Though precise details about Flow’s business and mission are scarce, Andreessen implies that it aims to disrupt perceived harmful developments in how Americans currently work and live. The company is expected to launch next year.

Neither homeownership nor renting are currently able to meet most people’s needs, wrote Andreessen in his post, a predicament that COVID made more complicated. “As a result, [people] will experience much less, if any, of the in-office social bonding and friendships that local workers enjoy,” he wrote about the rise of working from home. Presumably, Flow is meant to remedy those dynamics.

In his post, Andreessen also addressed Neumann’s past failure with WeWork. “We understand how difficult it is to build something like this and we love seeing repeat-founders build on past successes by growing from lessons learned,” he wrote. “For Adam, the successes and lessons are plenty, and we are excited to go on this journey with him and his colleagues building the future of living.”

By focusing on structural problems in the American housing market, Monday’s investment announcement echoes a post Andreessen wrote in 2020 called “It’s Time to Build” in which he advocated for an increase in housing projects in the U.S.

“We can’t build nearly enough housing in our cities with surging economic potential—which results in crazily skyrocketing housing prices in places like San Francisco, making it nearly impossible for regular people to move in and take the jobs of the future,” he pointed out. The solution, he wrote, is to build more housing: a mindset colloquially known as YIMBY, or “yes in my backyard.”

Earlier this month, The Atlantic revealed that Andreessen does not actually adhere to that philosophy. The publication uncovered public documents showing him and his wife opposing the creation of multifamily dwelling units close to where they live in Atherton, Calif. The town has been named the richest zip code in the U.S. for five consecutive years.