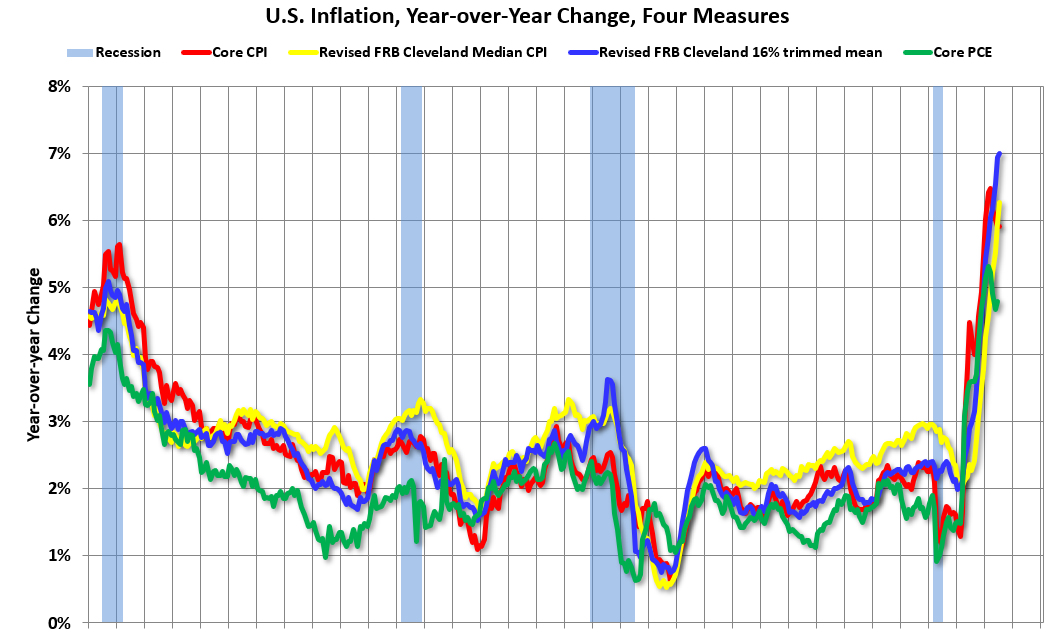 The Cleveland Fed released the median CPI and the trimmed-mean CPI this morning:

According to the Federal Reserve Bank of Cleveland, the median Consumer Price Index rose 0.5% in July. The 16% trimmed-mean Consumer Price Index increased 0.4% in July. “The median CPI and 16% trimmed-mean CPI are measures of core inflation calculated by the Federal Reserve Bank of Cleveland based on data released in the Bureau of Labor Statistics’ (BLS) monthly CPI report”.

Note that Owners’ Equivalent Rent and Rent of Primary Residence account for almost 1/3 of median CPI, and these measures were up between 3% annualized in the Northeast and almost 11% in the South with an average of close to 7.5%. The year-over-year increase was smaller in July than in June.

This graph shows the year-over-year change for these four key measures of inflation.