Monkeypox Outbreak May Boost the Shares of These Companies 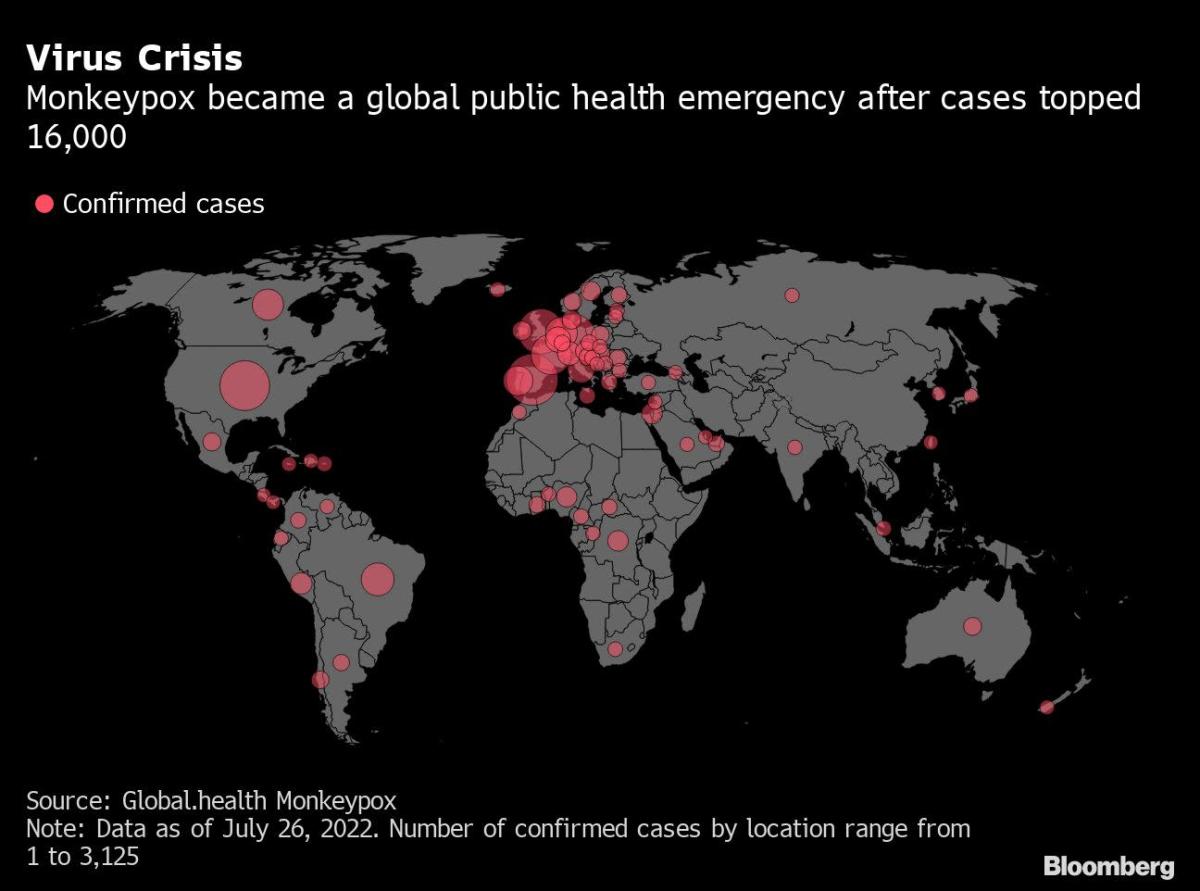 (Bloomberg) — As health authorities all over the globe search for ways to stop the monkeypox outbreak, investors are snapping up shares of companies that could benefit from the race to quell the disease.

Shares of vaccine producers, antiviral drug makers and protective equipment manufacturers are in demand as investors tap a strategy that delivered gains during the coronavirus pandemic. Biotechnological company Bavarian Nordic A/S and pharmaceutical firm Siga Technologies Inc. are among the stocks in focus as well as medical tools supplier Precision System Science Co.

While nowhere as severe as the Covid-19 outbreak, the spread of monkeypox infections across more than 70 countries in just a few months has prompted the World Health Organization to declare it as a global emergency. This pronouncement may give the trade an extra tailwind.

“At the moment, the world is relying on one manufacturer, Bavarian Nordic, for the monkeypox vaccine,” said Manish Bhargava, a fund manager at Straits Investment Holdings Pte in Singapore. “To keep up with demand, we can expect other biotech firms to ramp up research and production. It’s starting to reflect in the strong stock price performance for the sector.”

Here are some sectors and companies that have been active:

Shares of Bavarian Nordic have more than tripled from a low in May after governments began ordering the Danish company’s monkeypox vaccine — the only one approved specifically to ward off the infection. The firm has raised its revenue guidance several times this year.

Analysts are taking note, with Citigroup Inc. increasing its target price for the company’s stock by 20% and flagging that there may be further upside if more orders come through.

Shares of other companies making vaccines or antivirals for monkeypox have also caught the attention of US retail traders. The stock of Siga Technologies, which manufactures a treatment called Tpoxx, has doubled this year. The therapy is approved to treat smallpox in the US, and monkeypox and other viruses in the European Union and the UK.

Chimerix Inc.’s Tembexa is a countermeasure that is used to treat smallpox, and the firm said in May it would sell the drug to Emergent BioSolutions Inc. On the vaccine side, Emergent’s ACAM2000 is a smallpox vaccine that can be utilized in some cases against monkeypox.

Siga, Chimerix and Emergent are the “key beneficiaries” of the WHO’s declaration that the monkeypox outbreak is a global emergency, according to Cowen Inc. analyst Boris Peaker.

“With increased resources allocated to contact tracing and testing in EU and US, we anticipate the case count to rise significantly over the next few months, potentially leading to more procurement of countermeasures,” Peaker wrote in a note.

The Asian nation has a stockpile of smallpox vaccines but the amount has not been disclosed while preparations for administration of Tpoxx are progressing, Citigroup analyst Hidemaru Yamaguchi wrote in a note.

Companies that provide virus testing kits and tools are also in focus.

In Japan, shares of Precision System, which makes medical testing equipment, have almost doubled since late June. Switzerland’s Roche said in May it had developed three test kits to help scientists trace monkeypox.

Makers of antigen and antibody test kits such as Zhejiang Orient Gene Biotech Co. and Assure Tech (Hangzhou) Co. are the other potential beneficiaries.