Nvidia, Salesforce, Zoom, Macy’s, and Other Stocks for Investors to Watch This Week 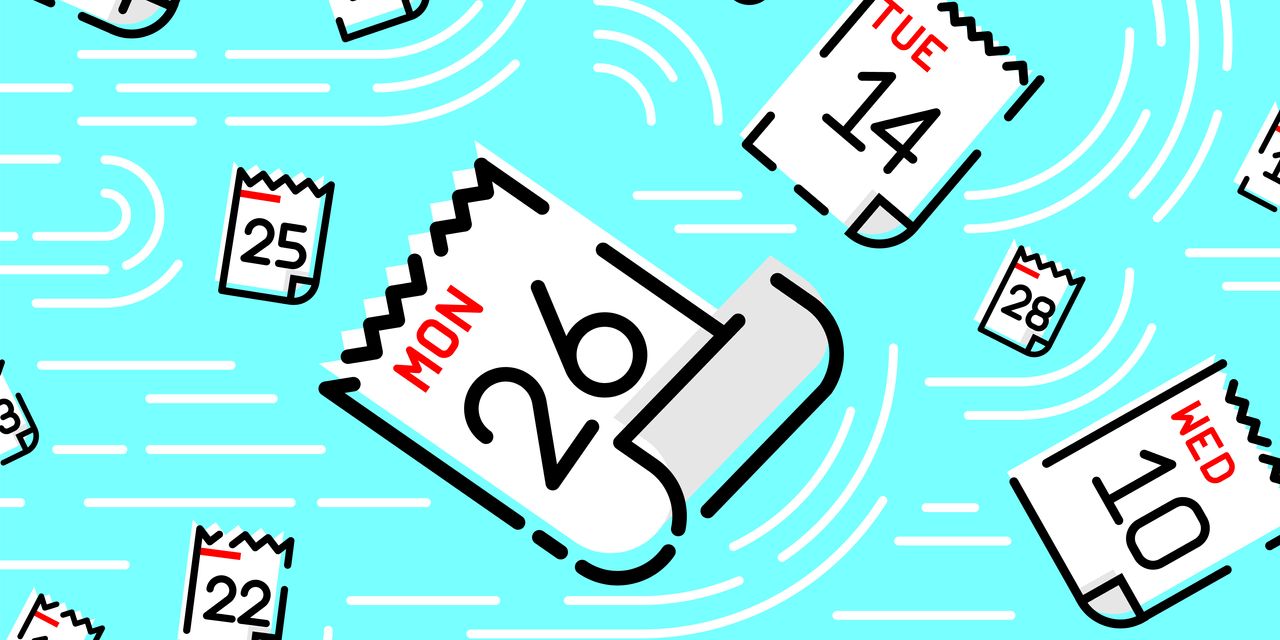 
Numerous technology and retail companies will report their latest quarterly results this week. Federal Reserve watchers will be tuning into the central bank’s annual confab in Jackson Hole, Wyo., at the end of the week.

will be Monday’s earnings highlight, followed by results from

The Kansas City Fed’s three-day Economic Policy Symposium begins on Thursday, with economists and officials discussing this year’s theme of “Reassessing Constraints on the Economy and Policy.”

Economic data out this week will include S&P Global’s Manufacturing and Services Purchasing Managers’ indexes for August on Tuesday. The Census Bureau will also release the durable-goods report for July on Wednesday and the Bureau of Economic Analysis reports personal income and spending figures for July on Friday.

The Federal Reserve Bank of Chicago releases its National Activity Index for July. Consensus estimate is for a negative 0.14 reading, slightly better than in June.

Nvidia reports second-quarter fiscal-2023 results. In early August, the company preannounced weaker-than-expected sales for the quarter on softness in its gaming segment. Shares are down 6% since then.

The Census Bureau reports new residential sales data for July. Economists forecast that sales of new single-family homes were at a seasonally adjusted rate of 577,500, 12,500 less than in June. New-home sales are down more than 40% from the summer of 2020.

S&P Global releases both its Manufacturing and Services Purchasing Managers’ indexes for August. Expectations are for the Manufacturing

to be 52, while the Services PMI is seen coming in at 50. This compares with readings of 52.2 and 47.3, respectively, in July. That was the first reading below 50 for the Services PMI in more than two years, indicating contraction in that sector.

The Census Bureau releases the durable-goods report for July. The consensus call is for new orders for durable manufactured goods to increase 0.5% month over month to $274 billion.

The Federal Reserve Bank of Kansas City hosts the three-day 2022 Economic Policy Symposium in Jackson Hole, Wyo. “Reassessing Constraints on the Economy and Policy” is the theme for this year’s confab.

The Bureau of Economic Analysis reports its second estimate of gross-domestic-product growth. The preliminary estimate was that GDP contracted at a seasonally adjusted annual rate of 0.9% in the second quarter. This marked two consecutive quarters of declines, meeting one definition of a recession.

The BEA reports personal income and spending for July. Income is expected to increase 0.6% month over month, matching June’s gain. Spending is seen rising 0.5%, compared with 1.1% previously. Consensus estimate is for the core personal-consumption expenditures price index to surge 4.7% year over year, after a 4.8% jump in June.

Write to Nicholas Jasinski at nicholas.jasinski@barrons.com