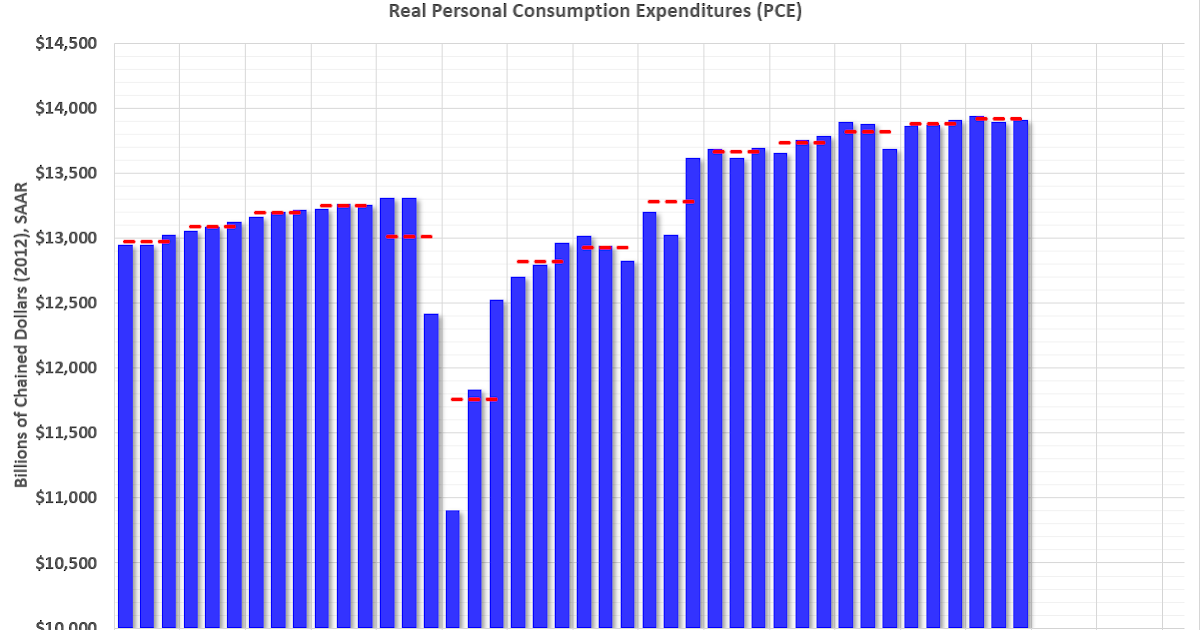 The BEA released the Personal Income and Outlays report for June:

The June PCE price index increased 6.8 percent year-over-year (YoY), up from 6.3 percent YoY in May.

The PCE price index, excluding food and energy, increased 4.8 percent YoY, up from 4.7 percent in May.

The dashed red lines are the quarterly levels for real PCE.

Personal income and the increase in PCE were both above expectations.

Inflation was above expectations.