Russia optimistic on U.S. prisoner swap including WNBA star Griner: ‘Quiet diplomacy is continuing, and it should bear fruit’ 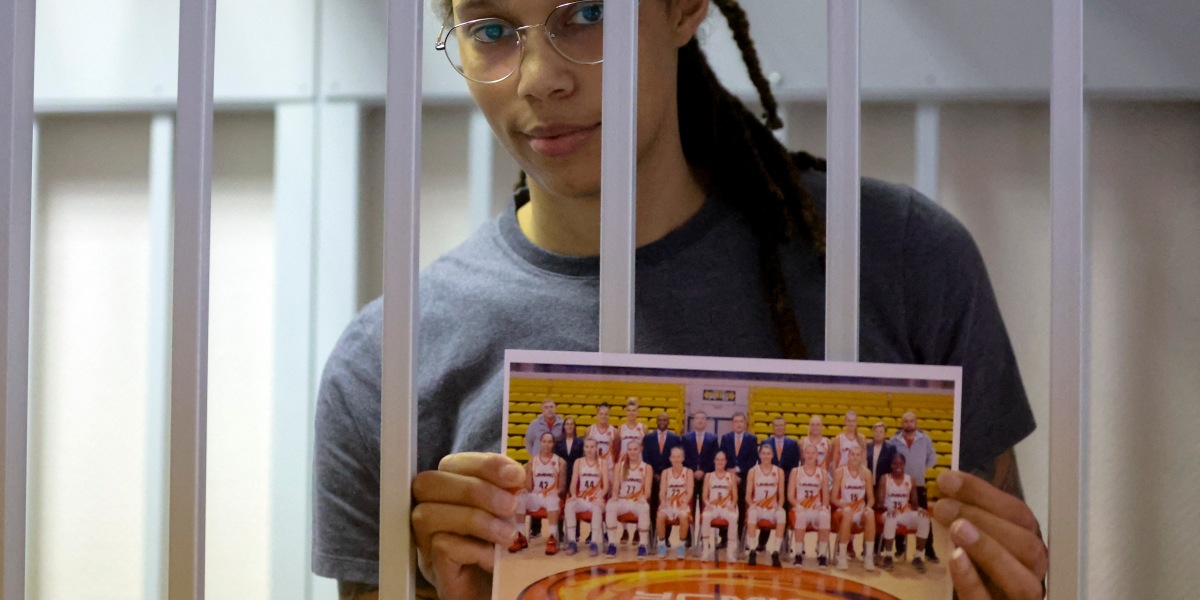 Russia for the first time expressed guarded optimism about talks with the U.S. on a prisoner exchange involving WNBA star Brittney Griner and another jailed American.

“‘Quiet diplomacy’ is continuing, and it should bear fruit, if of course, Washington strictly follows it without slipping into propaganda,” Alexander Darchiyev, head of the North American department of the Russian Foreign Ministry, said in an interview with the state Tass news service published on Saturday.

US Secretary of State Antony Blinken and Russian Foreign Minister Sergei Lavrov said earlier this month they’re willing to pursue the talks a day after a Moscow court sentenced Griner to nine years in prison on drug charges. President Joe Biden called Griner’s punishment “unacceptable” and said the White House would work tirelessly in pursuit of her release.

Last month, the Biden administration proposed a swap involving Griner, a two-time Olympic Gold medalist, and former US Marine Paul Whelan, who was jailed in Russia in 2020 on spying charges he denies. In return it’s ready to free Viktor Bout, a Russian arms dealer known as the “merchant of death” who was sentenced to 25 years in 2012, and a second Russian also held in a US jail, according to a person with knowledge of the matter.

While the Kremlin has long pressed for Bout’s return to Russia, officials in Moscow initially indicated Russia was leaning toward rejecting the US offer because it regarded its terms as unequal.

Griner, 31, was convicted of drug possession and smuggling following her arrest at a Moscow airport after customs officials found vape cartridges containing cannabis oil in her luggage. She pleaded guilty July 7, saying her action was unintentional, and her lawyers had asked the court for a lenient punishment.

A Russian official asked via a back-channel to include in any swap deal Vadim Krasikov, a former official with links to the domestic spy agency who was convicted of murder in 2021 in Germany, people familiar with the conversations said. Another potential target for Russia could be Vladislav Klyushin, a Kremlin insider extradited from Switzerland to the US in December on insider-trading charges, several people in Moscow with knowledge of the matter said.

Klyushin may be far more valuable to Russia and the US. Russian intelligence has concluded that he has access to documents related to the hacking of Democratic Party servers during the 2016 presidential election, according to people in Moscow close to the Kremlin and security services. One of Klyushin’s alleged co-conspirators, who remains at large, was previously charged in connection with Russia’s scheme to interfere in the vote.