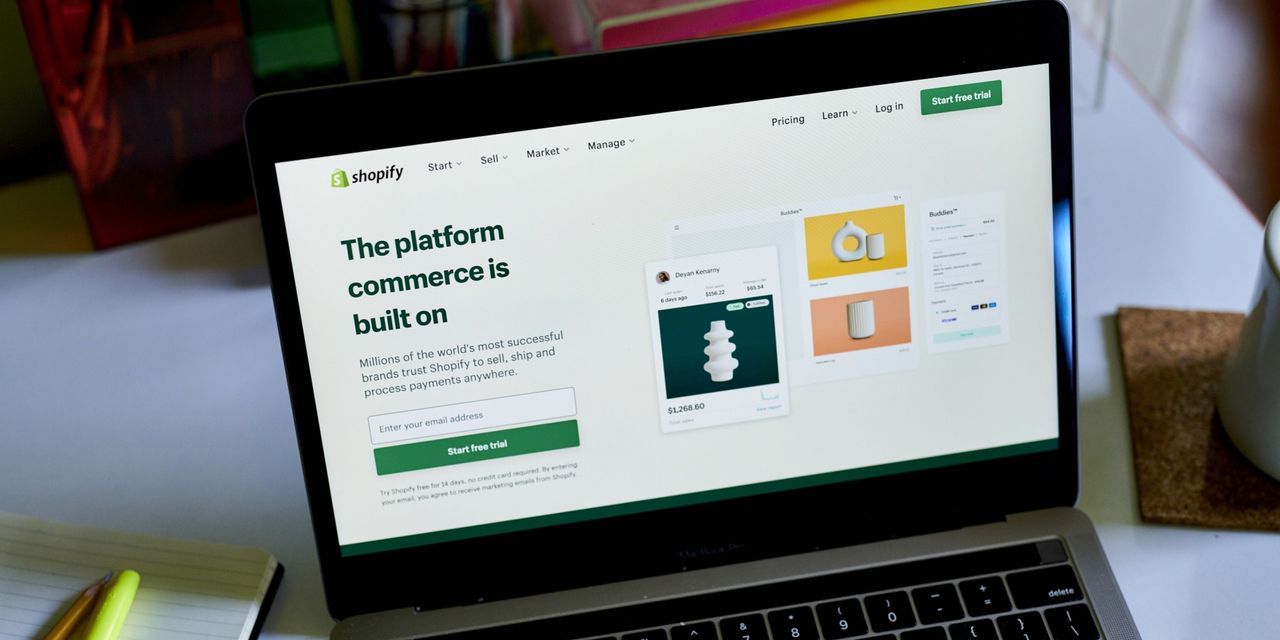 stock slid in premarket trading Wednesday after the e-commerce company posted a wider-than-expected second-quarter loss and indicated losses will increase in the third quarter.

) reported a second-quarter adjusted net loss of $38.5 million, or 3 cents a share, missing estimates calling for $30 million in adjusted net income, or 2 cents a share. Revenue was $1.3 billion, up 16% year-over-year and slightly under estimates for $1.33 billion. Yearly revenue growth was negatively impacted by about 1.5 percentage points tied to foreign exchange headwinds.

Gross merchandise volume, or the total amount of merchandise sold on the platform, was $46.9 billion, below projections for $48.8 billion.

Shares of Shopify were down 7.7% to $29.12 in premarket trading on Wednesday, extending Tuesday’s 14% loss. The stock tumbled on Tuesday after the company said it was laying off about 10% of its workforce in response to slowing e-commerce trends.

“We have recalibrated our team to build for long-term success, and will continue to operate with rigorous discipline, investing thoughtfully into the enormous opportunity ahead of us,” said chief financial officer Amy Shapero in a press release.

The changes will take a while to show up on the bottom line, however. Shopify closed its acquisition of e-commerce fulfillment company Deliverr in July, which will drive up integration costs in the third quarter, the company said.

The company is holding a conference call with investors at 8:30 a.m. Eastern time.

Write to Sabrina Escobar at sabrina.escobar@barrons.com