Stocks Could Keep Rising If the Fed Shows Restraint 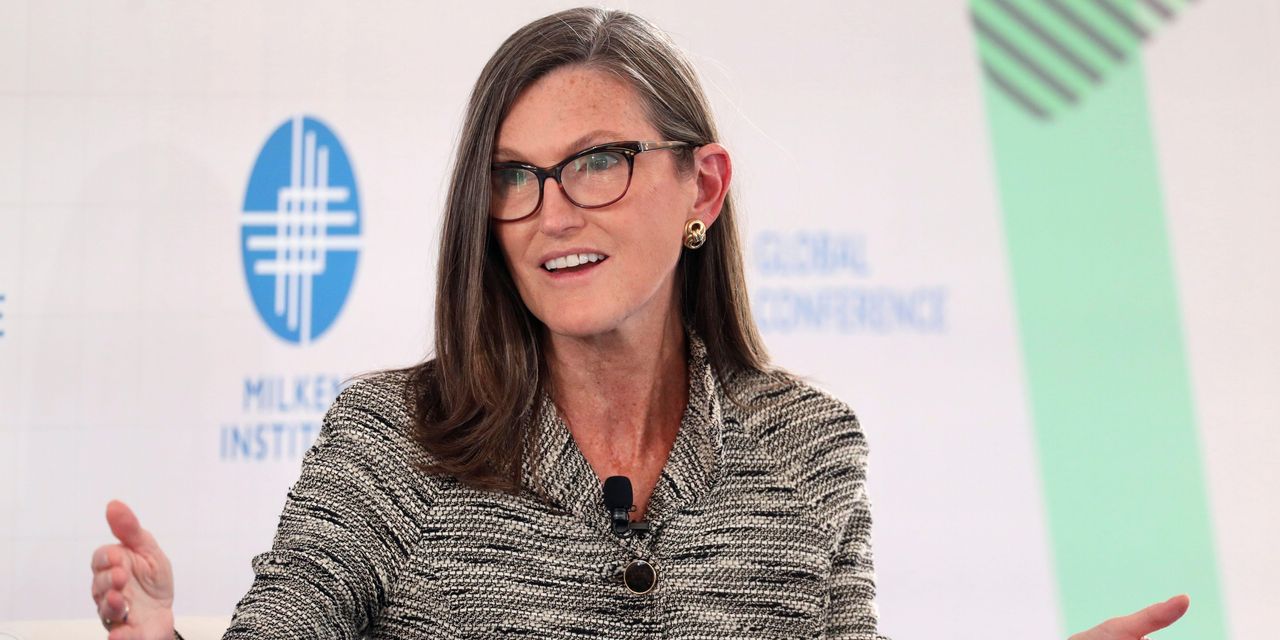 Stocks continued their summer rally this past week as better-than-expected inflation results helped lead to a 3.3% gain in the


S&P 500
index, its fourth consecutive weekly advance. The impetus was good news on inflation: The U.S. consumer price index was unchanged in July, compared with a consensus estimate of a 0.2% increase. While the CPI is still up 8.5% in the past year, investors are betting that inflation has peaked and could be running at closer to 4% by year end.


Dow Jones Industrial Average
is off just 7%, helped by rallies in

(ticker: CVX) and defensive stocks such as


Nasdaq
is still down 16.6% in 2022 but has rallied more than 20% from its June low, and speculative stocks are stirring. A bellwether of such is Cathie Wood’s

The big debate is whether the rally is over. Skeptics say that inflation isn’t contained, due in part to labor pressures, and that the Federal Reserve will continue to lift short-term rates aggressively. The CME’s FedWatch tool sees the key federal-funds rate peaking at 3.5% to 3.75% by year end, up from 2.25% to 2.5% now.

Jim Paulsen, chief investment strategist at the Leuthold Group, told Barron’s a month ago that “we could be setting ourselves up for a pretty good rally.” Back then, the S&P 500 was almost 10% below current levels. Reached this past week, he remains upbeat. Paulsen was bullish in early July because he thought the Fed would show restraint after its July rate hike. He now says the markets could be “on the brink of a new easing cycle.”

Paulsen sees the Fed boosting rates for the rest of the year by less than markets anticipate. He points to such recent accommodative factors as a weaker dollar, lower mortgage rates, and strength in the junk-bond market. “As a stock investor, do you want to miss the start of a new easing cycle?” he asks.

Tom Lee, head of research at Fundstrat, also is bullish. He points to the widespread skepticism about the rally and bullish technical factors such as a rising ratio of advancing stocks to decliners and the outperformance lately of small-cap stocks.

For much of this year, the consensus view regarding the November elections has been that the Republicans would make decisive gains in the House of Representatives and take control of the chamber, while possibly also winning control of the Senate. But that scenario is looking less likely, according to veteran political observer Greg Valliere, the chief U.S. policy strategist at AGF Investments.

The Democrats are benefiting from lower gas prices and a possible peak in inflation, backlash from the Supreme Court’s abortion decision, and some weak Republican Senate candidates. Valliere wrote on Friday that most Washington political analysts had predicted a “wave election”—as in a tidal wave of wins for the GOP. He wasn’t among them, and added that “we now think Democrats can hang on to the Senate, with Republicans narrowly regaining control of the House.”

Write to Andrew Bary at andrew.bary@barrons.com