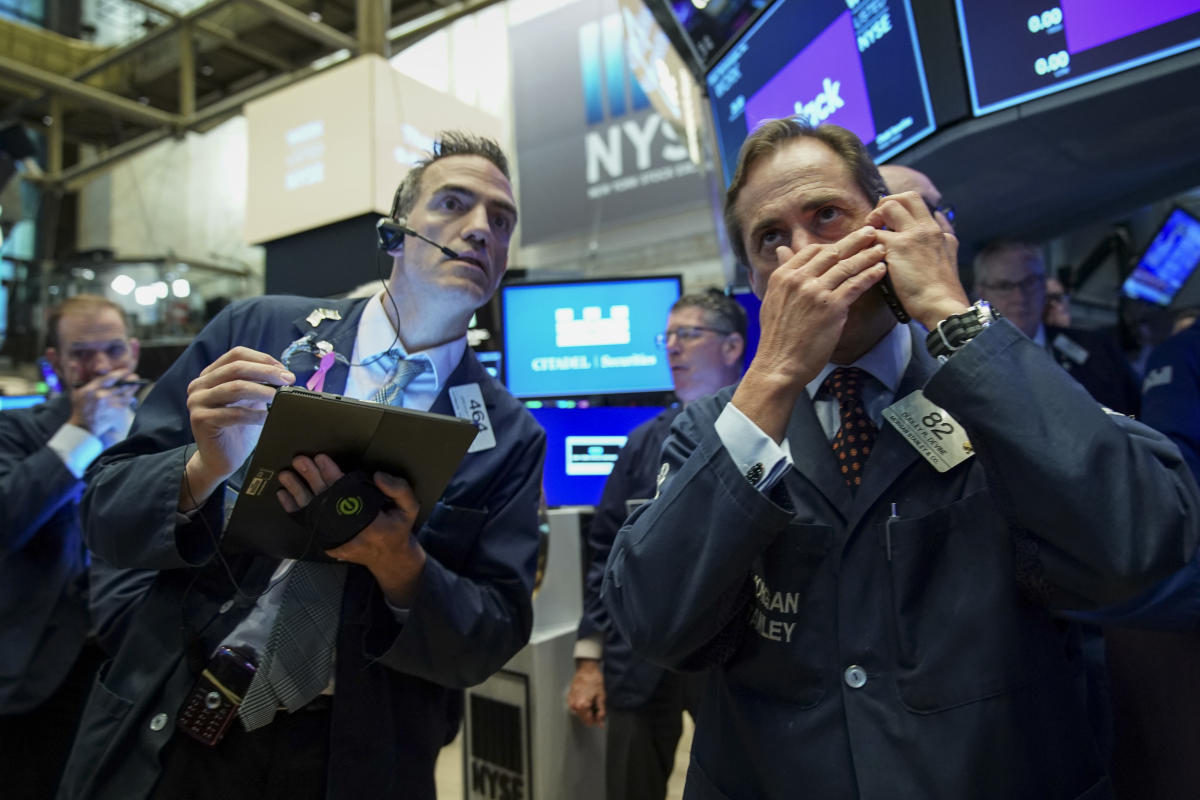 U.S. stocks tumbled on Friday as Wall Street weighed the government’s monthly employment report, which showed labor conditions remained tight in September, despite a slowdown in hiring — a sign the Federal Reserve will proceed with aggressive monetary tightening.

“The market’s negative reaction may be a sign that investors are processing the likelihood that there will be no change in the Fed’s aggressive playbook in the near term,” Mike Loewengart, head of model portfolio construction at Morgan Stanley’s Global Investment Office, said in a note. “Keep in mind the next Fed decision isn’t until early November, so much more data will need to be digested, not the least of which is next week’s inflation gauge.”

Investors were betting that signs of a cooling labor market would force Federal Reserve policymakers to change course on their aggressive rate-hiking path, particularly after a series of weaker economic releases showed a sharp contraction in manufacturing activity and fewer job openings. But many Wall Street strategists have argued that hopes of an imminent pivot are premature, a sentiment that this jobs report appears to reinforce.

In recent research notes, JPMorgan analysts said that equity bulls would need a monthly payroll print as low as 100,000 to see the market alter its Fed expectations, while analysts at Bank of America said a pivot won’t occur “until payrolls sting.”

“The Fed’s job is still far from over: expect hikes to continue until negative payrolls are almost in hand,” a team at BofA led by rates research strategist Meghan Swiber noted.

Moreover, Federal Reserve officials themselves have delivered clear messaging in recent weeks that there are so far no plans to retreat from aggressive policy intervention.

“We have further to go,” Chicago Federal Reserve Bank President Charles Evans said Thursday, indicating the benchmark rate will likely be at 4.5% to 4.75% by the spring of 2023. “”Inflation is high right now and we need a more restrictive setting of monetary policy.”

U.S. crude oil futures continued this week’s climb on the heels of the heftiest OPEC+ production cut since 2020. DataTrek Research noted that West Texas Intermediate (WTI) crude at more than $85 per barrel will prolong positive energy inflation trends until at least the start of 2023. The firm also noted that oil prices are an “underappreciated fulcrum issue” for the Federal Reserve and the market’s expectations of near-term economic growth. WTI futures traded above $90 per barrel early Friday, up $10 this week.

Elsewhere in markets, chipmakers were under pressure Friday morning after Advanced Micro Devices (AMD) lowered its third-quarter revenue guidance and warned of “significant” inventory corrections across the PC supply chain. Shares tanked 10% Friday afternoon. Also weighing on the sector was Samsung reporting its first profit decline since 2019, another sign of a troubled chip market.

Meanwhile, shares of DraftKing (DKING) popped 3% after Bloomberg News reported Thursday that ESPN is nearing a large new partnership deal with the sports-betting company, citing sources familiar with the agreement.