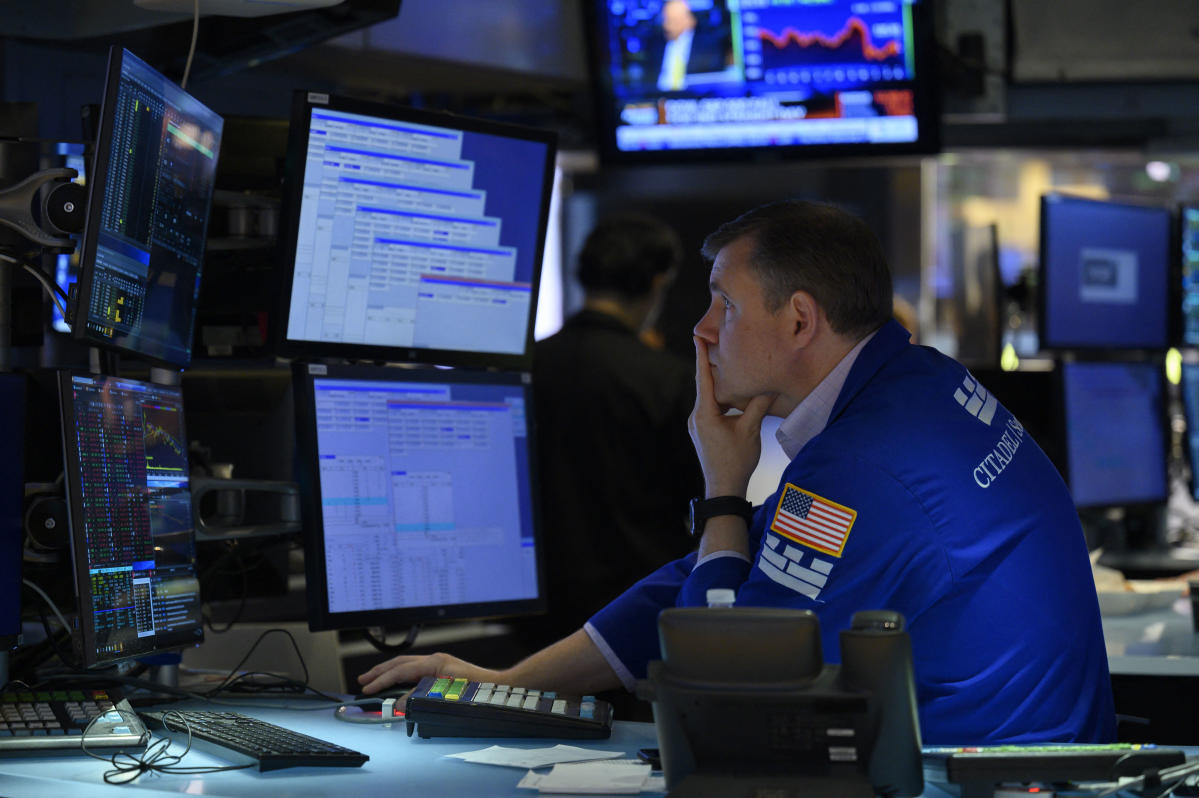 U.S. stocks dipped in a downbeat start to the trading week after equity markets rallied towards their longest winning streak in 10 months on Friday.

The S&P 500 fell 0.5% after the benchmark index marked its fourth straight week of gains in the previous trading session, officially recouping half of its bear market losses this year. The Dow Jones Industrial Average shed 170 points, or roughly 0.5%, and the Nasdaq Composite was off by 0.3%.

A measure of New York state manufacturing activity posted its second largest drop since 2001, with declines in orders and shipments reflecting a dramatic downturn in demand.

Data out of China on Monday showed a slowdown in economic activity across the board last month. The world’s second largest economy saw retail sales, industrial output and investment all come in lower than economists expected in July.

The Wall Street Journal reported that Chinese officials are arranging plans for a face-to-face meeting between Xi Jinping and President Biden in Southeast Asia this fall — a trip that would mark their first in-person meeting since Biden was inaugurated.

Oil futures tumbled over concerns about demand in China and the prospect for higher exports out of Iran. U.S. West Texas Intermediate and Brent crude oil each fell roughly 4.5% to $87.97 and $93.66 per gallon, respectively.

Back in the U.S., investors have cheered on the summer’s rally after a series of better-than-expected economic releases renewed optimism on Wall Street. But some strategists remain skeptical of the market rebound as risks associated with inflation and monetary tightening persist.

“The macro, policy and earnings set-up is much less favorable for equities today,” Morgan Stanley’s Michael J. Wilson wrote in a note. “The risk/reward is unattractive and this bear market remains incomplete.”

Investors look ahead to a busy week for retail, with the Commerce Department set to release its key monthly report on retail sales Wednesday and earnings due out from Walmart (WMT), Target (TGT), the Home Depot (HD) and other consumer giants.