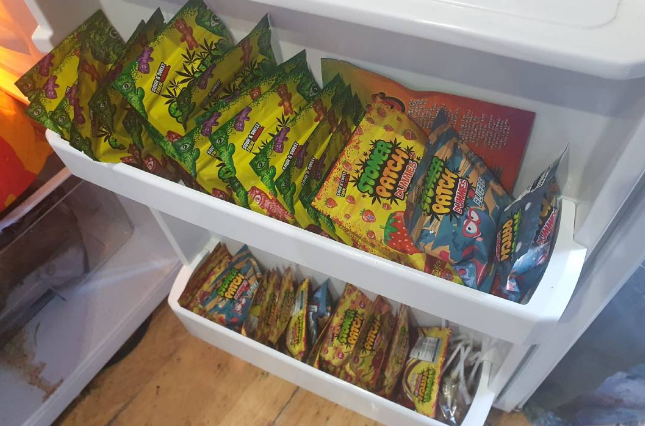 “It was an operation that highlights our commitment to listening to the community’s concerns and following up on the information we receive,” Inspector Aidan Cornwall said. “These items are produced in often unsanitary conditions and with no quality control, meaning those consuming these products have no idea what their strength of them will be, nor what contaminants they may also contain.”

As a result, two men were arrested after officers discovered the edibles, laced with the Class B Drug, and packaged with the branding ‘Stoner Patch‘ from the properties raided in East Sussex. These individuals, involved in the supply of cannabis, remain under investigation as inquiries continue.

“The consumption of cannabis edibles has been linked with a number of hospitalizations and even deaths, and so we are particularly pleased to have removed such a large quantity from circulation,” Cornwall added.

FDA said that THC edibles can be easily mistaken for commonly consumed foods such as breakfast cereal, candy, and cookies, and accidentally ingested, which can lead to adverse events, especially in children.

In Case Of Emergency: The FDA advises consumers to call 911 if someone has serious side effects from these products. In addition, the agency recommends keeping them out of the reach of children, and in case a child has consumed these products, without waiting for symptoms to appear, call the local poison control center (1-800-222-1222)