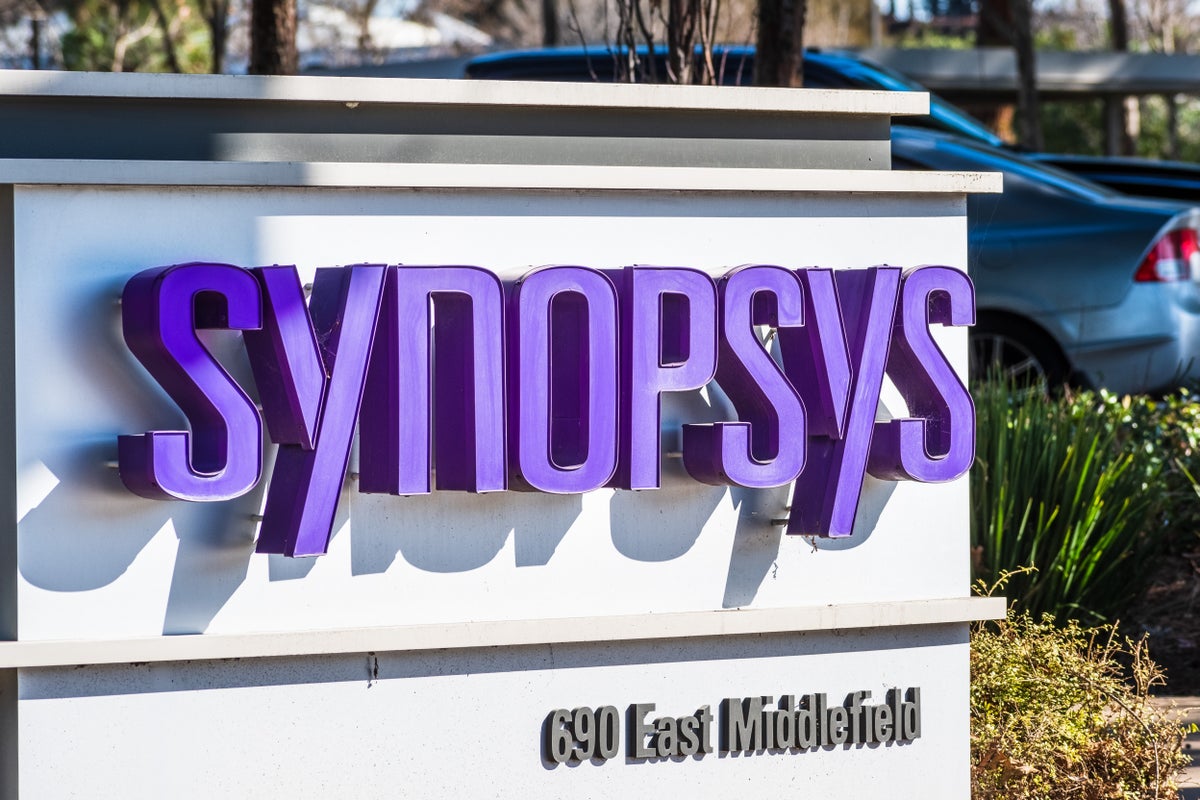 The company anticipates revenues between $1.21 billion and $1.24 billion for the fiscal third quarter. The Zacks Consensus Estimate for the same is pegged at $1.22 billion, suggesting growth of 15.6% from the year-ago period.

Synopsys expects non-GAAP earnings between $2.01 and $2.06 per share. The Zacks Consensus Estimate of $2.04 per share indicates an improvement of 12.6% year over year.

The software company surpassed the Zacks Consensus Estimate in each of the trailing four quarters, the average surprise being 2.7%.

Let’s see how things have shaped up before this announcement.

Synopsys’ fiscal third-quarter performance is likely to have benefited from the growing demand for its solid product portfolio. The increasing global design activity and customer engagements are likely to have been growth drivers.

The rising impact of artificial intelligence (“AI”), 5G, the Internet of Things, high-performance computing, the Cloud and automotive is anticipated to have boosted demand for SNPS’ advanced solutions during the quarter under review. Synopsys’ performance is likely to have gained from growth in Custom Compiler, which is fueled by large deal wins in the 5G, AI and server chip markets.

The ongoing shift to high-performance cloud computing due to the growing hybrid working environment is expected to have aided demand for the company’s Intellectual Property (“IP”) solutions, such as Peripheral Component Interconnect Express 5.0 & 6.0, 800G Ethernet and DDR5.

The strong adoption of interface and foundation IP solutions is expected to have boosted revenues for the company’s interface portfolio. Additionally, widespread contract wins and the increasing deployment of the Fusion Platform, including Fusion Compiler, are likely to have driven the to-be-reported quarter’s performance.

Synopsys’ partnership with industry leaders like Microsoft and Taiwan Semiconductor Manufacturing Company is expected to have accelerated the deployment of its cloud solutions, which might have aided the company’s top line during the quarter under review.

The company’s solid electronic design automation software partner base, which includes Advanced Micro Devices, Juniper Networks, Realtek, Toshiba and Wolfson, is likely to have served as a major revenue driver.

Increased design investments in Synopsys’ ARC processors by automotive companies despite pandemic-induced headwinds in the automotive space are an upside.

However, the resumption of normal activities is expected to have brought back certain expenditures, which were on hold during the lockdown and work-from-home period. This might have been a slight drag on margins.

Component supply constraints are also expected to have partially offset the benefits of the aforementioned factors. Apart from this, the heightening competition from the likes of Cadence Design Systems might have played a spoilsport.

Geopolitical challenges coupled with uncertainties concerning restrictions over trade with Huawei Technologies might have adversely impacted the overall business during the fiscal third quarter.

What Our Model Says

Our proven model does not conclusively predict an earnings beat for SNPS this season. The combination of a positive Earnings ESP and a Zacks Rank #1 (Strong Buy), 2 (Buy) or 3 (Hold) increases the chances of an earnings beat. However, that’s not the case here.

Synopsys currently carries a Zacks Rank of #3 and has an Earnings ESP of 0.00%. You can uncover the best stocks to buy or sell before they’re reported with our Earnings ESP Filter.

Stocks With the Favorable Combination

Per our model, Halliburton HAL, Kinder Morgan KMI and CSX Corporation CSX have the right combination of elements to post an earnings beat in their upcoming releases.

Halliburton carries a Zacks Rank #2 and has an Earnings ESP of +0.13%. The company is expected to report third-quarter 2022 results on Aug 18. Halliburton’s earnings surpassed the Zacks Consensus Estimate twice in the trailing four quarters while matching the same on two occasions, the average surprise being 3.7%.

Kinder Morgan is expected to report third-quarter 2022 results on Aug 19. The company carries a Zacks Rank #2 and has an Earnings ESP of +0.87% at present. Kinder Morgan’s earnings beat the Zacks Consensus Estimate twice in the trailing four quarters while missing the same on one occasion and matching once, the average surprise being 3.5%.

The Zacks Consensus Estimate for quarterly earnings is pegged at 29 cents per share, suggesting a year-over-year improvement of 31.8%. KMI’s quarterly revenues are estimated to increase 22.8% year over year to $4.69 billion.

CSX currently carries a Zacks Rank #2 and has an Earnings ESP of +0. 43%. The company is anticipated to report its third-quarter 2022 results on Aug 19. CSX’s earnings beat the Zacks Consensus Estimate in the preceding four quarters, the average surprise being 6.2%.

The Zacks Consensus Estimate for CSX’s third-quarter earnings stands at 50 cents per share, implying a year-over-year increase of 16.3%. CSX is estimated to report revenues of $3.75 billion, which suggests growth of 14% from the year-ago quarter.