Trump’s PR Response To Raid May Not Work: Lawyer Says ‘He Should Be Worried About All These Investigations’ 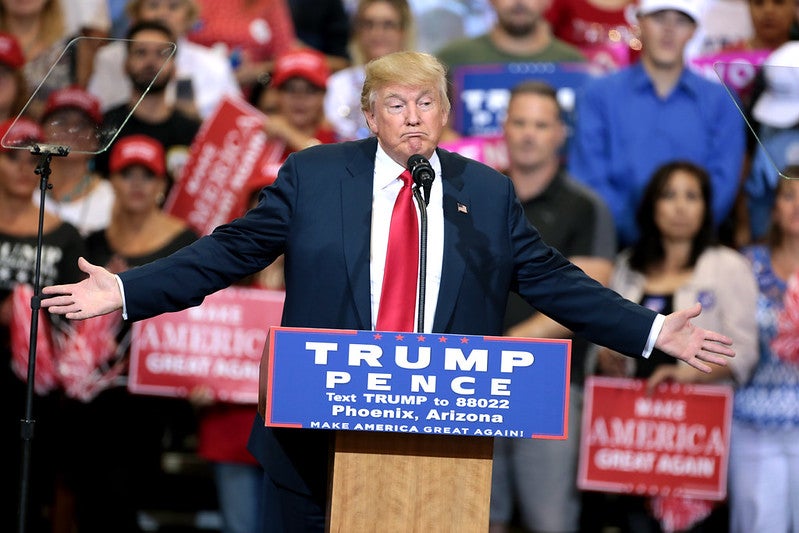 Donald Trump could face a legal backlash, even as he criticizes the Justice Department and the Federal Bureau of Investigation for the raid of his Mar-a-Lago residence, Business Insider reported, citing legal experts.

Trump Has Tall Order: Trump likes to “run the show” and is a big believer in a public relations assault, a lawyer familiar with the Trump team’s reportedly said. But the former president cannot “talk his way out” of this situation and could soon face criminal charges, the lawyer added.

“I think he’ll get indicted,” the lawyer reportedly said. “He should be worried about all these investigations.”

Swamped By Legal Woes: Trump is being currently investigated by state and federal governments, with the most serious one being the DOJ’s investigation into whether he broke three federal laws by taking classified documents to his Florida residence after leaving office, Insider reported.

Among the other key probes are:

See also: Donald Trump Won’t Be Allowed Back On Facebook Until This Date At The Earliest

Trump should fear the New York Attorney General’s civil investigation into his business practices the most, Alan Dershowitz, who represented Trump during his Senate impeachment trial, reportedly told Insider.

Trump May Find It Hard To Get Legal Assistance: Separately, Dershowitz told Insider that no reputed law firms will allow any of their lawyers to plead for Trump amid his mounting legal woes.

“The firms won’t let them go near any case involving Trump. These are firms that want to continue to have clients, and they know that if they represent Donald Trump, they’ll lose a lot of clients,” he reportedly said.