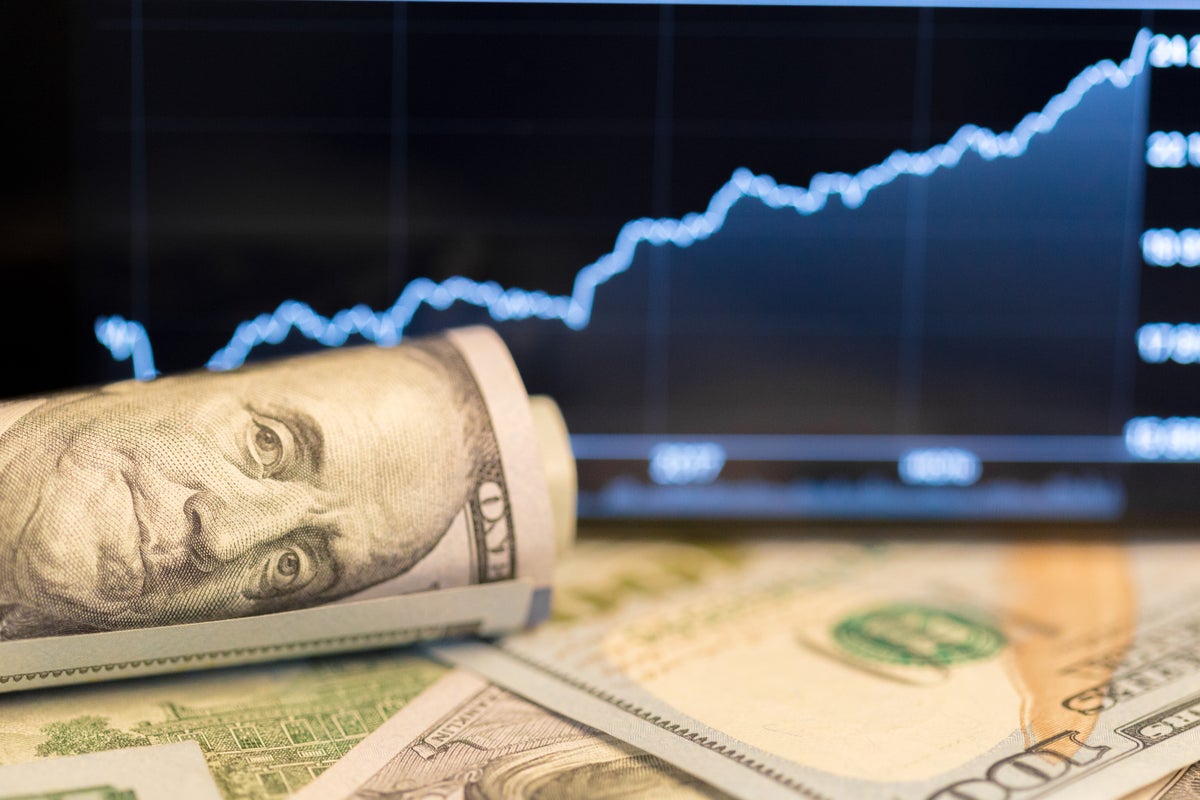 The U.S. dollar traded strongly on Monday morning, gaining against most peers ahead of a potential 75 basis points rate hike by the U.S. Federal Reserve later this week. The U.S. dollar index, which measures the greenback’s strength against a basket of currencies, traded close to 106.64, below its two-decade high of 109.29 recorded in early July.

Price Movements: The EUR/USD pair was trading slightly lower at 1.02 compared to Friday’s high of 1.013 as an energy crisis still hangs heavy over the Euro despite the outsized 50 basis points rate hike by the European Central Bank.

The greenback also gained ground against the British Pound, with the GBP/USD pair trading at 1.197 against Friday’s high of 1.206. The Sterling has lost with the markets factoring in a 50 basis points rate hike by the Bank of England. Both the Australian and New Zealand dollars have lost ground against the U.S. dollar.

Other Data Releases: The U.S. growth data is set to be released on Thursday while the Australian consumer price data will be out on Wednesday.