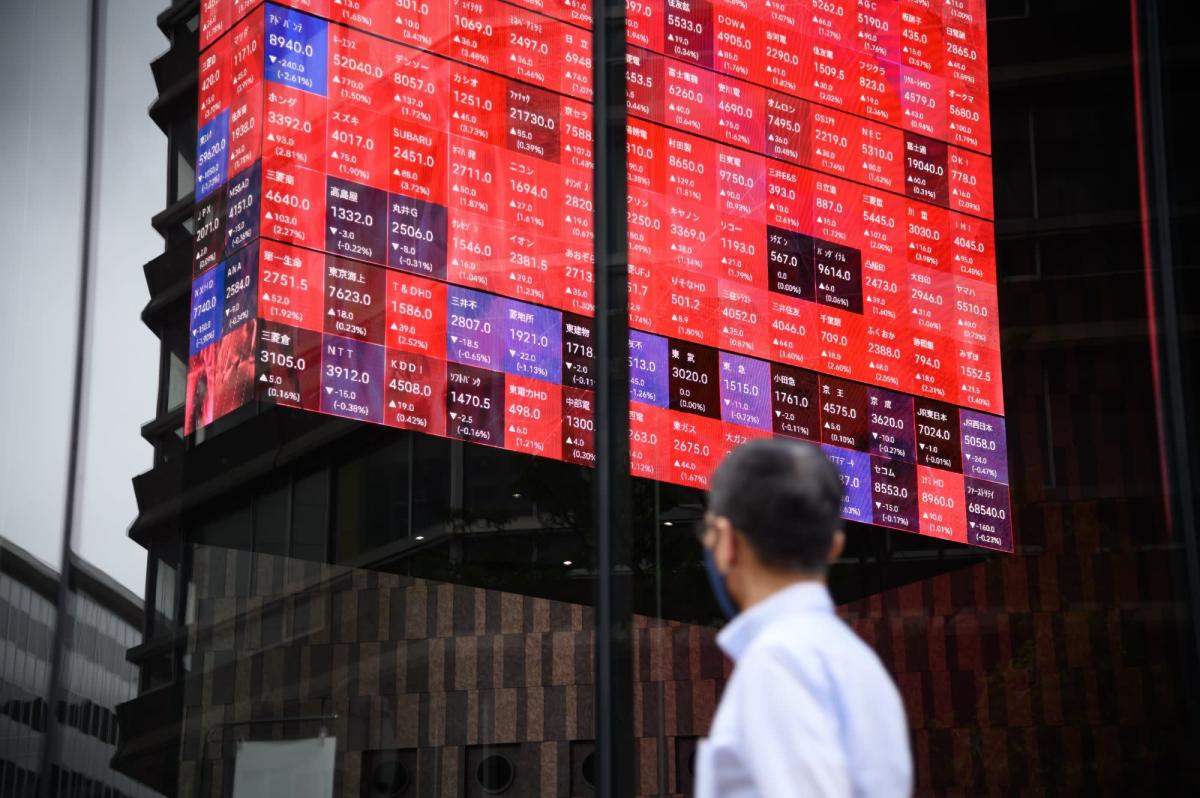 (Bloomberg) — US equity futures fell and Asian stocks were mixed Monday, hampered by the challenges swirling around China and a reminder from Federal Reserve officials that their key objective is to fight high inflation.

S&P 500 and Nasdaq 100 contracts shed about 0.5%, while bourses in Japan, South Korea and Australia made modest headway. The caution follows the best month for global shares since 2020, which pared their slump this year to 16%.

The dollar was steady, oil retreated and Bitcoin slid. Treasuries slipped, leaving the 10-year yield at 2.67%, well down from June’s peak near 3.50%.

Recent data and developments underlined the economic and regulatory challenges facing China, including a surprise contraction in factory activity that illustrated the cost of Beijing’s preference for mobility curbs to tackle Covid.

On Friday, Alibaba Group Holding Ltd. sank in Wall Street trading after being added to a list of firms facing US delisting for failing to provide access to audits. That pushed down the Nasdaq Golden Dragon China Index.

Meanwhile, Fed Bank of Minneapolis President Neel Kashkari said Sunday the central bank is committed to reaching its long-term inflation goal of 2%. Before that, Fed Bank of Atlanta President Raphael Bostic said the monetary authority has further to go in raising borrowing costs.

A slowing economy has cooled expectations for the scale of the Fed interest-rate hikes needed to tame high inflation, spurring a July rebound in both stocks and bonds. But officials may be wary market rallies that loosen financial conditions and thus imperil the goal of curbing demand to fight price pressures.

“Markets want to trade the ‘peak rates’ narrative, which has given risky assets some breathing room,” wrote Eric Robertsen, chief strategist at Standard Chartered Bank Plc. He expects some “short-covering of underweight risk exposure” in August but warned that investors have to digest a lot of data, including inflation readings, before the next Fed meeting in September.

In China, property-sector woes remain another impediment. Sales at top developers slumped and China Evergrande Group didn’t deliver a preliminary restructuring plan by the end of July as promised.

Elsewhere, investors are monitoring US House Speaker Nancy Pelosi’s trip to Asia. A statement from her office skipped any mention of a possible stopover in Taiwan. A visit may stoke US-China tension over the island.

What to watch this week: