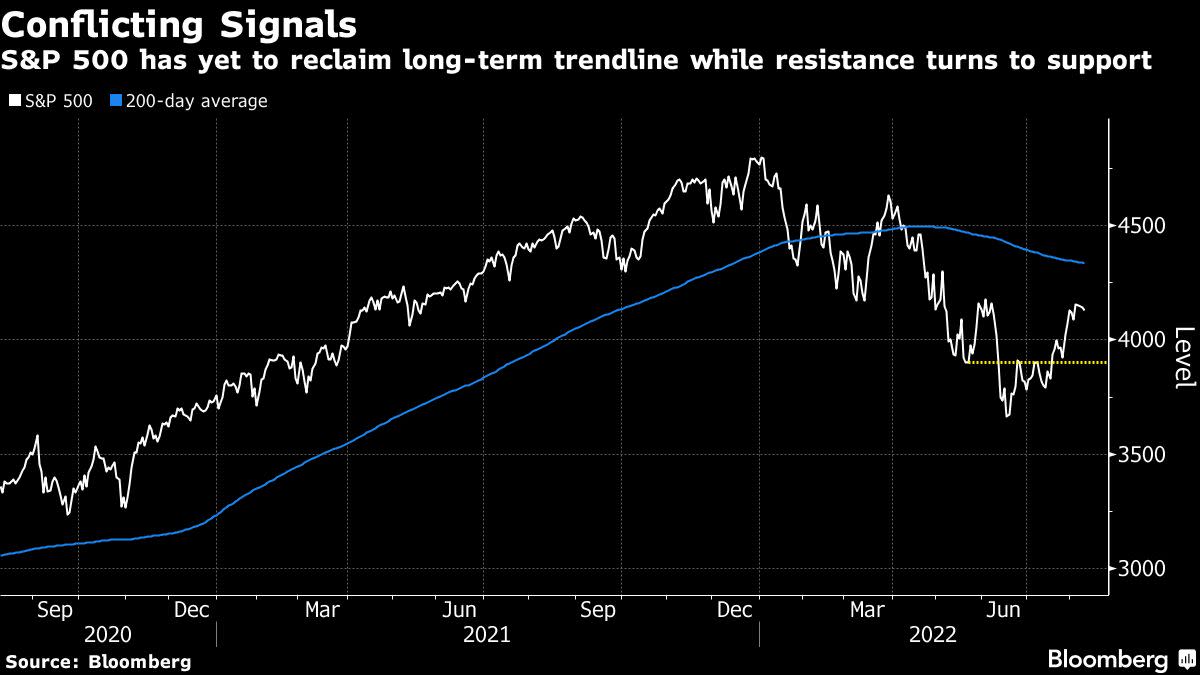 Bonds steadied. The two-year Treasury rate exceeds the 10-year by almost 50 basis points, an inversion — around the deepest since 2000 — that is viewed as a sign of a looming recession under the Fed’s monetary-tightening campaign to curb inflation.

A report Wednesday is expected to show headline US consumer-price inflation cooled but stayed elevated in July, while the core reading may have quickened on an annual basis. How the figures affect views on Fed tightening will be key for risk sentiment.

“Today’s inflation number could set the tone for the markets for the rest of the month,” said Craig Erlam, a senior market analyst at Oanda. “A lower-than-expected number could be a major tailwind for the markets while anything around or above the June reading could trigger a big risk reversal in the markets as the debate shifts to 75 or 100 basis points, with 50 left in the rearview mirror.”

A dollar gauge slipped, while crude oil dropped below $90 a barrel as a major pipeline from Russia to central Europe looked set to resume flows in the coming days, and industry estimates showed an increase in US inventories. Gold and Bitcoin edged lower.

Federal Reserve Bank of St. Louis President James Bullard said the US central bank will be prepared to hold interest rates “higher for longer” should inflation continue to surprise to the upside.

The Fed “will be driving those short rates higher,” said Gary Schlossberg, a global strategist for Wells Fargo Investment Institute, on Bloomberg Television. “We will be seeing a deepening inversion and a full inversion of the Treasury yield curve.”

China’s military said exercises held around Taiwan in response to US House Speaker Nancy Pelosi’s visit had concluded, while pledging to continue regular patrols near the island.

While the likely return of Russian oil flows signaled some relief for Europe’s energy crisis, other developments were less positive: the Rhine River is set to become virtually impassable at a key waypoint in Germany on Aug. 12, with barges that haul everything from diesel to coal effectively unable to transit the river. Meanwhile, the UK is planning for several days over the winter when cold weather may combine with gas shortages, leading to organized blackouts for industry and even households.

Musk sold $6.9 billion of shares in Tesla, the billionaire’s biggest sale on record, saying he needed cash in case he is forced to go ahead with his aborted deal to buy Twitter Inc. Tesla rose 2.7% in premarket trading.

Respected for decades for combining decent returns and relatively low volatility, the 60/40 portfolio has generated a 11.5% loss so far this year. Is it time to put the strategy to rest entirely or does it just need a tweak? Have your say in the anonymous MLIV Pulse survey.

What to watch this week: