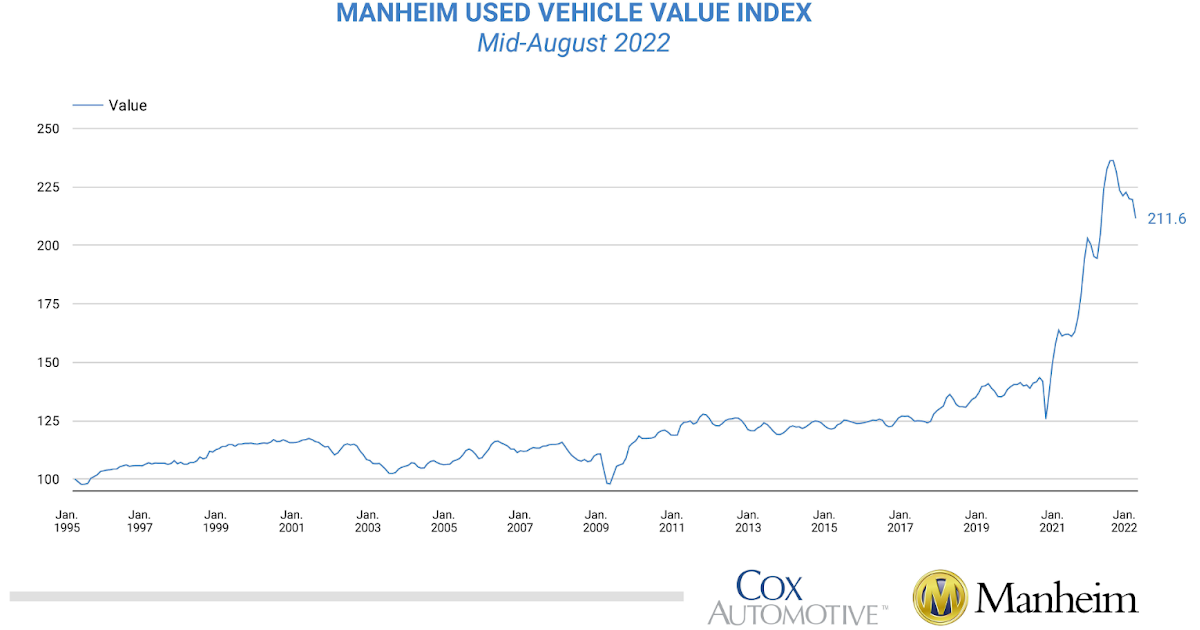 One wildcard for the core goods outlook is used car prices—particularly after the 3.6% drop in Manheim used car auction prices in the first half of August (mom sa). Coupled with the July rebound in auto production to late 2020 levels, we now expect used car PCE inflation to fall from +4% in June to -11% year-on-year in December

From Manheim Consulting: Wholesale Used-Vehicle Prices Decline in First Half of August

Wholesale used-vehicle prices (on a mix-, mileage-, and seasonally adjusted basis) declined 3.6% from July in the first 15 days of August. The Manheim Used Vehicle Value Index fell to 211.6, which was up 8.8% from August 2021. The non-adjusted price change in the first half of August was a decline of 2.0% compared to July, leaving the unadjusted average price up 6.6% year over year.
emphasis added

This index from Manheim Consulting is based on all completed sales transactions at Manheim’s U.S. auctions.

The Manheim index suggests used car prices decreased in the first half of August and are up 8.8% year-over-year (YoY) compared to 12.5% YoY in July.

The YoY change is getting smaller.  This index was up 45% YoY in January – and falling used car prices will slow PCE inflation.