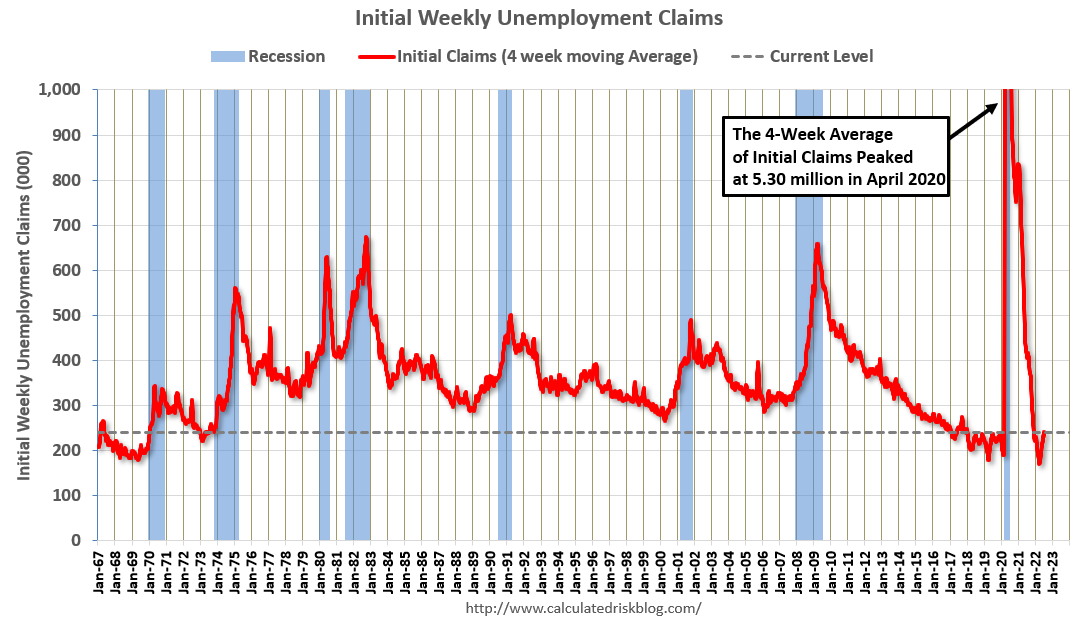 The following graph shows the 4-week moving average of weekly claims since 1971.

The dashed line on the graph is the current 4-week average. The four-week average of weekly unemployment claims increased to 240,500.

The previous week was unrevised.

Weekly claims were higher than the consensus forecast.

Why Deutsche Bank Told Clients to Stay Away From American Banks